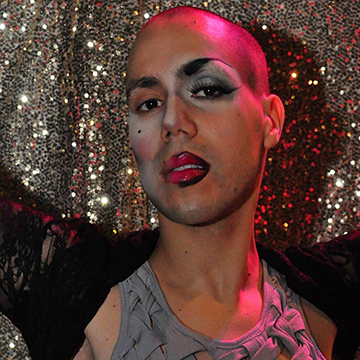 Adam Lowe is an award-winning writer, publisher and educator from Leeds, who now lives in Manchester. He is LGBT History Month Poet Laureate and was Yorkshire's Olympic Poet for 2012. He currently teaches at the University of Leeds (on the MA in Writing for Performance & Publication) and is a tutor for The Poetry School. He has appeared on national TV and radio.

Adam founded the LGBT emerging writers programme, Young Enigma, supported by Commonword and Arts Council England. He is also the Greater Manchester Enabler for Eclipse Theatre’s Slate project, supporting artists of colour in the region and manages Peepal Tree Press’ publicity and social media. He is currently also managing their writer development programme for writers of colour, Inscribe, while its co-directors are on study leave.

Adam’s poetry ranges from traditional forms (sonnets, Sapphic verse, couplets) to more experimental forms, taking in classical and contemporary influences. He is as much inspired by ancient Mayan eschatology as by Manchester’s Polari revival, and writes from a unique standpoint as a mixed race queer person living in the city. He comes from a working class, matriarchal Caribbean-Irish-British family in Leeds, where he grew up in the inner-city parishes of Chapeltown and Armley, and this informs both his politics and his poetics.

In terms of fiction, his work is often feminist and socialist, and draws from genres such as science fiction, fantasy and magical realism. You can read an excerpt from his award-nominated novella Troglodyte Rose at Wattpad.

Adam is a graduate of The Complete Works II and has trained in directing at HOMEmcr and the Royal Exchange. He has toured the UK and performed overseas, including at the Critical Mixed Race conference in Chicago. He has appeared in a wide range of settings, including schools, universities, prisons, festivals and nightclubs, and has worked with the National Criminal Justice Arts Alliance and English PEN.

Adam Lowe has written six chapbooks of poetry, two science fiction novellas and almost two decades' worth of journalism and non-fiction. His work has appeared in a number of national and international anthologies and magazines, including Best British Poetry 2015, edited by Roddy Lumsden, Black and Gay in the UK, edited by John R. Gordon and Rikki Beadle Blair, Best New Writing 2012: The Winners of the Eric Hoffer Prize for Prose and Chorus: A Literary Mixtape, edited by Saul Williams. 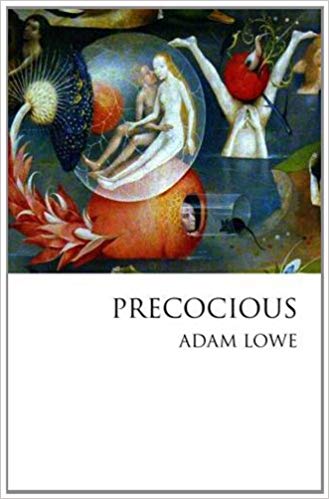 This collection is a wicked, vivid yet sensitive portrayal of love, lust and bold identity. Adam Lowe's great talent lies in his incredibly sumptuous and highly literary writing coupled with a sharp wit and astute social commentary. 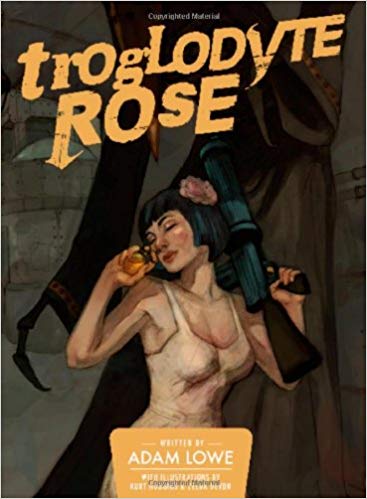 Life for Rose is a game. A deadly game. She lives in the squalor of Subterran Prime: a sprawling underground world where mad gods sleep around the fools who serve them; where the savage Justicars seek out criminals and undesirables for swift justice at the end of their bronze beaks; where hapless slaves are branded with the mark of the cypher and fed to the starving masses or the gluttenous ruling class. In this world Rose has two things: her intersex ('hermaphrodite') lover, Flid, and her imagination. Geared with both, she hurtles through dreamworlds and virtual realities, until she discovers the ultimate gift: a drug, the Haze, that makes her dreams reality. But in order to get the Haze she must put herself in the way of the Justicars and face their terrible thirst for punishment. Can Rose and Flid play the game and reach the next level in their quest for escape, or will they lose everything? 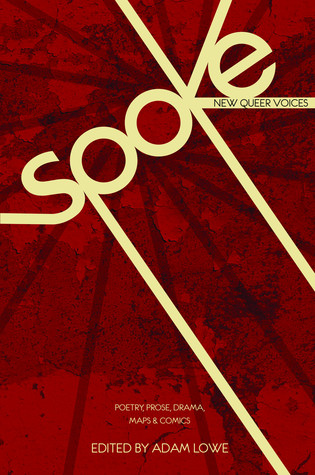 Ten: the new wave presents poetry from some of the most exciting new poets in Britain today. These ten poets were selected for The Complete Works 2 mentoring project, a groundbreaking initiative to promote diversity and quality in British poetry, initiated by the writer Bernardine Evaristo. The poets follow on from the first group to take part in this scheme, whose work was published in Bernardine Evaristo and Daljit Nagra's anthology Ten: new poets from Spread the Word (2010). Most of those poets have gone on to win awards and have their poetry collections published. The new poets in this anthology are Mona Arshi, Jay Bernard, Kayo Chingonyi, Rishi Dastidar, Edward Doegar, Inua Ellams, Sarah Howe, Adam Lowe, Eileen Pun and Warsan Shire. These poets have backgrounds in Asia, Europe, the Caribbean and Africa, and their work draws on their multicultural heritage and tapestry. Many of them also work across art forms and have enjoyed success as playwrights, graphic artists and even in the martial arts. Talented, adventurous and culturally rich, these poets will open up new landscapes for the reader. 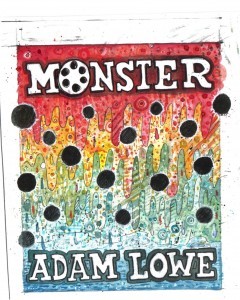 Ides is a monster. She's got half a face, half a life and half a conscience. Once she was rich, glamorous, successful. Everything the public should want from a celebrity. But like all the best icons, Ides found fame was destructive. Now she's a fallen idol lurking in the sewers. A vigilante whose mask is permanent. But Ides also has vision. Whether in the mirror or standing in front of her, she knows darkness when she sees it. And so Ides fights for the society that has left her behind. Perhaps to make herself worthy. Perhaps because there's nothing else to do. In this novella, Adam Lowe introduces us to his anti-hero Monster, former cover girl turned vigilante. This is a powerful exploration of celebrity, power, freedom and the role of the hero in Western culture.
Amazon