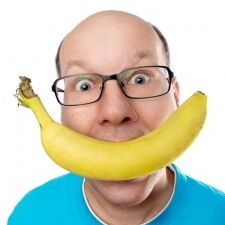 “Best thing I’ve seen in this school in thirty years!”

“It was brilliant - the kids were captivated.” –

"My son, who is nearly 10, thought you were amazing and wants to be just like you when he grows up. So there you go, not only do you have a fan, you are now officially a role model :-) Thank you!" –

“Students thoroughly enjoyed the introductory assembly, in case you could not tell by all the laughter, as well as the small workshops. The students walked away from the workshops inspired and excited, which is always the sign of a great lesson.” -

"An inspiring children's comedian and author." -

“The children were incredibly motivated and inspired by your performance and workshop and as a result there has been a big shift in the enthusiasm for writing particularly the boys. Some have sent up a lunchtime writing club. There was great amusement regarding the workshop and children were excited to see that writing can be such fun! As a school we can only watch as the impact of this unfolds! Many thanks for a very inspiration and unconventional approach to writing.”

“The students are still talking about it and we all went to work to develop interesting characters and settings in order to publish some interesting stories.

I personally noticed an improvement in several students’ writing due to the details they included. This they remembered from you and I thank you.” –

“The pupils you worked with during the day were so inspired by you that they still have not stopped talking about it. Parents, governors and pupils laughed all the way through your performance. The friends of the school have asked if we could book you to come every year as they were so impressed.”

“I enjoyed this session and found it very insightful. Creative and fun! Very useful to see how to build ideas without using words and engaging imagination. Unmissable and informative. As a YL teacher I got some useful tips. Only downside was lack of time!”

“Ian Billings is an author with a difference - he has a rare talent to entertain too. At the recent awards ceremony for the Warwickshire Secondary Book Award Ian not only expertly chaired discussion with two authors - Sophie Mckenzie and Emma Clayton - but had an auditorium full of Year 7 pupils in stitches, only pausing to catch his next gem in a stream of hilarious and fresh stand-up gags. ". -
Stella Thebridge
Manager, Warwickshire Schools Library Service, England

“Everybody - children, teachers and non-teaching staff, thoroughly enjoyed your workshops throughout the day and particularly your hilarious show. The children were so enthused by you and you really got across the message that reading and writing can be fun. We look forward to welcoming you to our school again sometime in the future. “
Darryl Evans, Llangewydd Junior School, Wales

Among the gems featured in this gorgeously graceful collection is Ian Billings' "Bunty the Walrus"!

A book of stories about mermaids (splosh!)

A collection of brilliant new and recycled poems

Poetry for children with dyslexia

BILLY PLONKA AND THE GROT LABORATORY

CORGI and the Pursuit of the Prince's Pants

An unassuming dog kennel on top of Buckingham Palace is home to C.O.R.G.I. by day, simply pets yapping at Her Majesty s heels, but by night, a keen-eyed, wet-nosed pack of highly trained canine agents. Each member a specialist in his or her field (or

The greatest painting in Chicken Art now yours to colour!

Imagine a secret science experiment. Very secret. Very sciency. Should be perfectly safe, right? Right? Now, imagine a ghoul school in crisis. It's just like your school, only a bit more ghoulish. Well, a lot more ghoulish, but it still has students

My collection of chucklesome poems for kids!
Amazon