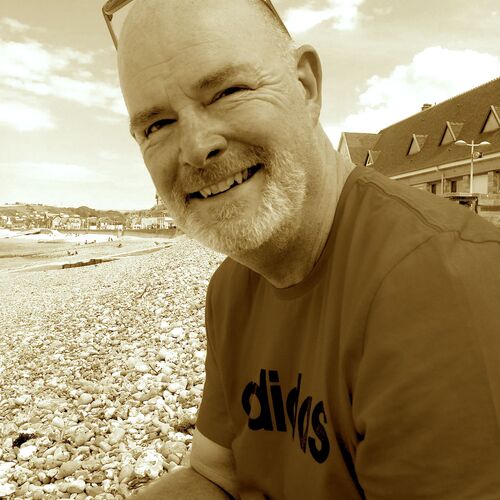 I am an experienced writer, who has been a journalist and author for more than 35 years. I have worked in the national press as a news and sports reporter/editor and spent a rewarding nine-year period as an investigative journalist covering gritty topics such as corruption, terrorism and fraud.

Today, I continue to be involved in the publishing world – as the Deputy Editor of Sorted, a dedicated UK-based men's magazine – and as the author of the Hacker Chronicles series of novels about Francis Hacker, Oliver Cromwell and the three British Civil Wars.

Should you wish to find out about my books, please visit my goodread.com author page by clicking here:

My books are available at a number of outlets. To check them out, please click on the following Amazon links:

Rebellion #1 in the Hacker Chronicles series

Redemption #2 in the Hacker Chronicles series

Should you wish to call on my services, please be assured my writing abilities are of a high standard, I am comfortable presenting information to audiences and groups informally, or formally, and I have significant experience gained as a TV and radio interviewee and interviewer. I am also a versatile and creative trainer, having led more than 150 training courses aimed at equipping executives with essential media skills.

I am happy to discuss any opportunities you may have to improve the general understanding of the British Civil War period and, in particular, my books. If any of the above interests you, don't hesitate to get in touch for a chat.

"At forty-two, too young to die, Francis Hacker knows what awaits him when Prince Charles returns to London. Vengefulness and treason exact high retribution. It matters not that he was just a soldier, following orders. His faith, his belief in the rights of the common man, and his friendship with Oliver Cromwell led him down a path that ends with the hangman’s noose, while his beloved family must bear the stigma and hardships to come. From his prison in London in 1660, Hacker tells the story of how he lived and fought for his cause.

The narrative then returns to 1643, when ten months of civil war have torn asunder England, her people, even Hacker’s own family. The Royalists – including his two brothers – win each engagement. New tactics are needed to boost morale. Parliamentarian leaders negotiate with the Scots, and Francis undertakes a secret mission not fully comprehending the perils it will bring to his family and friends. Then he learns of a spy in their midst, and two murders, most foul, occur. Francis must unravel the mysteries. But knowledge, like betrayal, comes at a high cost.

This first book in The Hacker Chronicles takes place early in the war. The first-person, present-tense account is a quiet, simple narrative rich with emotion. Little is known about the real Hacker, yet Yorke breathes life into him. Like us all, he has frailties but dearly loves his family and God. The secret mission, spy, and murder episodes may seem like separate interludes in the book; in actuality, they are as intricately and artfully interwoven as a spider’s web and no one is left untouched."

“Francis Hacker has had more than his share of tragedy. This war had thus far cost him dearly, and yet he was committed to the cause, and he believed in what he was doing. When he hears a whisper of a conspiracy, he knows he must do everything he can to root out the sources and put an end to any plans that Royalists may have come up with to defeat the Parliamentary forces. However, this will lead him down a path so dark that it will change him irrevocably forever.

“Redemption (The Hacker Chronicles, Book 2) by Philip Yorke is a gripping account of war, betrayal, and the unbreakable bond of friendship. Based on true events and historical characters, Yorke has penned a novel that threatens to mesmerise the reader with its brilliance, its realism, and its historical accuracy. This novel is a vivid account of the war through the eyes of an English soldier, who, despite his family's Royalist loyalties, would go on to be one of the Regicides of King Charles I of England.

“How wonderful it was to once again be in the hands of a master bard. Yorke’s poetic, almost lyrical narrative wrapped up me in its warm embrace and carried me back in time to an England that was caught up in a bloody civil war. This is the kind of novel where every word seemingly has a purpose, and that purpose is to tell a story of what it was like to fight as a Parliamentarian soldier during this era.

“Told in the first person by Francis Hacker, Yorke has given his readers a reading experience that is not so easily forgotten. Hacker’s journey, his triumphs and his disasters really captured my imagination and let me envisage the English Civil War through new eyes. As it is told from Hacker’s perspective, it is, therefore, no surprise that Hacker comes across initially as the most honourable of characters. He really struggles with the things he has seen and the terrible loss that he has endured. As a man of deep faith, he lets the Creator be the shining light. It is only when he allows Oliver Cromwell to unwittingly take the place of the Creator that he strays from the path of what is right to what is unforgivable. He openly admits that he is a sinner, and he allows his anger, his hate and his unquenchable desire for revenge to guide him. Although he spends long hours in contemplation, he cannot even comprehend redemption, and although this is something that he craves, he is not arrogant enough to ask the Creator for it. As this novel progresses, it is his hatred for the enemy that begins to define who he is. And yet, he is still desperate to seek forgiveness, which leads him to the door of Minister Aloysius Wainwright. I thought the scene with Wainwright was deeply moving. It allowed Hacker to remember and to try to reconnect not only with God but with his own blackened soul. It also allows him to gather his thoughts, and he realises that this driving need for revenge has been triggered by guilt, and guilt is always a difficult enemy to vanquish—far more difficult than a Royalist army.

“Redemption is set in a harsh world where morality and, despite appearances, Christian values have been sacrificed for the apparent greater good of the country. Perhaps it should have come as no surprise that in this harsh world there are also some hard truths. Cromwell is depicted as a man above all others. Even in moments of doubt, Cromwell seemingly basks in the light of the Creator. If the Creator had once anointed Charles as his representative on earth, it seems that perhaps the Good Lord had now changed allegiance. Cromwell’s military genius, his agility of mind and his decisiveness make him a very formidable, but also likeable for the most part, character in this novel. Through Hacker’s eyes we see the man that Cromwell wants to be seen as and this “man” comes across as very human—he suffers loss, he feels the sting of betrayal, and yet what sets him apart is he never doubts the cause. It is this self-confidence that draws men, especially men like Hacker, towards him. Cromwell is portrayed as a man who commands loyalty and respect. However, much to Hacker’s disbelieve it eventually becomes undeniably clear that Cromwell is a master of manipulation. The pedestal that Hacker so carefully and seemingly joyously placed Cromwell upon begins to tremble, and that awful moment when Hacker sees through Cromwell’s disguise is harrowing. Cromwell’s wilfulness to play politics with Hacker’s life, and the lives of those he loves, is incredibly cruel and yet also insightful to the man that he was. I thought Cromwell’s depiction gave the reader a sense of the duplicity of war, as well as the complexity of Cromwell’s character. I thought Cromwell’s depiction was sublime.

“The historical detailing of this novel has to be commended. It is very clear, right from the start, that Yorke has a keen grip on the history of this era and it comes across with a strong sense of realism. Yorke is keen to remind his readers that Cromwell and Parliament may well have thought themselves doing what the people wanted, but in truth, they were doing it to secure their own position and power, which made them no different to the Royalists, whom they were so determined to defeat. The Civil War was not just a war of bloody battles, but it was one of espionage. There were spies in both camps, but finding out who took a great deal of effort but also deception. I thought his uncertain world was brought masterfully back to life. It really did feel like I had stepped back in time.

“Redemption (The Hacker Chronicles, Book 2) by Philip Yorke is in all ways a Historical Fiction triumph. It is the kind of novel that one could read over and over again.

The Hacker Chronicles is a five-novel series covering the period 1643-60 when England was in the midst of a brutal civil war, a King lost his head, and more than five per cent of the British population lost their lives. It tells the incredible story of Francis Hacker, an avowed Parliamentarian soldier and friend and ally to Oliver Cromwell – a man who shaped and took part in one of the most remarkable periods in British history. I am currently researching and writing the third book in the series (Regicide) which tells of the turbulent final days of King Charles the First and of the Stuart dynasty. It is scheduled to be published in January 2022, on the 372nd anniversary of Charles's execution. 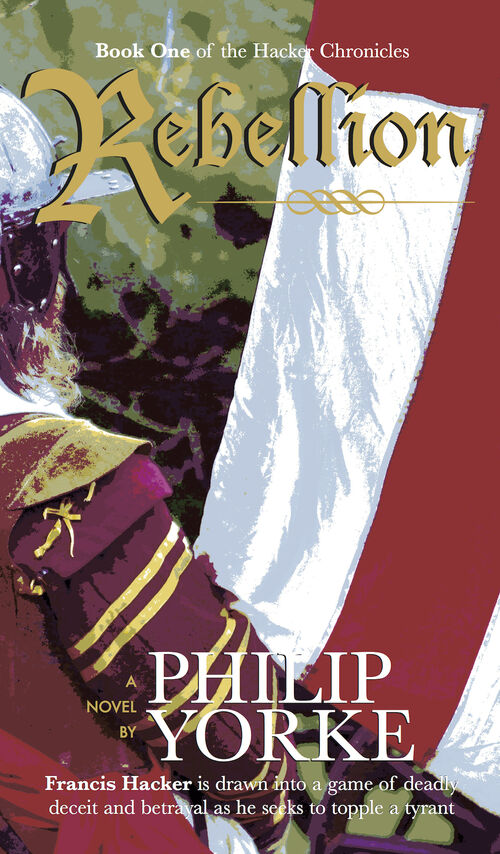 It is 1643. The bloody English Civil War has been raging for almost a year and Parliament is facing defeat. In desperation, it orders army officer, Francis Hacker, to spearhead an audacious plot to bring down the tyrant, King Charles. Courageous and loyal, Hacker is drawn into a deadly deceit that could cost him everything he holds most dear… 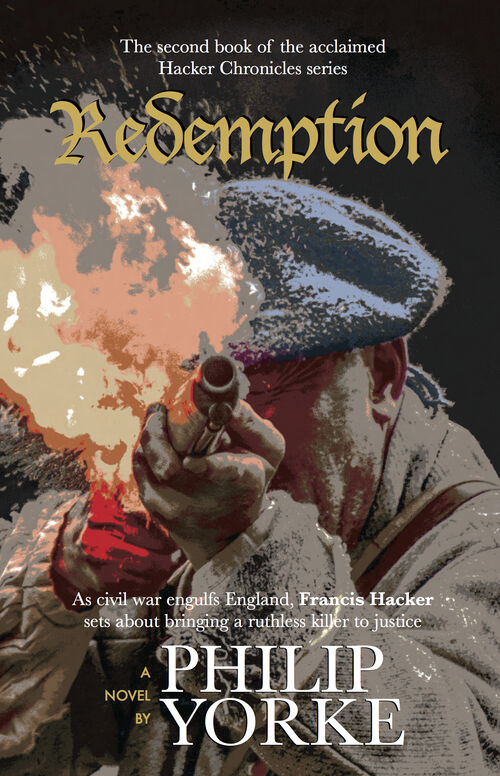 It is 1644. Parliament has defeated the King's army at Marston Moor, yet the outcome of the body civil war remains far from certain. In a desperate attempt to reverse their forti=unes, Royalist agents devise a plan to assassinate the man they believe is key to the outcome of the conflict that has raged for two long years. With the plotters ready to strike, Francis Hacker becomes aware of the conspiracy. And with little time to act, he does everything in his power to frustrate the murderous scheme. Alas, things unravel when brave Hacker finds himself pitted against a ruthless and cunning mercenary, a man who will resort to anything to achieve a 'kill'.