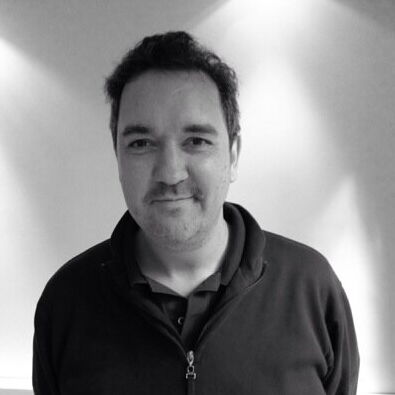 All About Harry Oulton
Harry worked at the BBC and Granada for longer than he cares to remember before publishing his first book, A Pig Called Heather, in 2014. The second Heather adventure came out in August of the same year and a third in summer 2015.
‘This whimsical adventure is a pure pleasure. The story is fast-paced and exciting. The writing is imaginative and is lightly sprinkled with Briticisms. The characters are unique and well defined.’ – Sadza Mozer, School Library Journal, Los Angeles

When he was growing up, Harry’s dad wouldn’t allow the family to have a TV, so he had no choice but to read and read and read. As soon as he left home he got a job in television (obviously!), but he kept on reading. Now a full time children’s novelist (and occasional screenwriter), Harry likes nothing better than coming to talk to schools about writing, about TV, about cruel fathers and generally how he thinks watching TV and reading books are basically the same thing. He lives in Highbury, North London with his wife, 3 children and a cat to whom he is allergic.

Harry’s School Visits
The content and shape of Harry’s school visits varies from school to school. They always revolve around Harry’s firmly held belief that you cannot be a writer without being both a reader and a watcher. Or in fact a reader without being a watcher and a writer and indeed a watcher without being a writer and indeed a reader! Once he’s cleared that up Harry talks generally about literacy and storytelling across many genres, the process involved in writing a novel or a poem and how best to tell a story. He always includes a reading from one of his books.
Workshops are geared around writing/reading in many different formats and can involve writing ‘tweeterature’ to 4 line poems, to acting out scenes from Star Wars or to creating a story out of a set of totally random ingredients. There are word games, visual jokes and plenty of audience participation…
The key to all the workshops is to demystify reading and writing, and to make literacy accessible, fun and non-daunting for everyone.
With older children/adults Harry tends to structure both talks and workshops more around the cross-platform aspects of storytelling. Hollywood’s ability to ruin a perfectly good book by producing a rubbish film, or to elevate something fairly average into a great film. From the use of a classic three act structure, to how to write convincing and interesting dialogue, Harry will explore the different mediums and encourage everyone to have a go.

"The pupils had a great time with Harry. He engaged well with them as a class and as individuals and I was really impressed with the writing they produced following his input. They responded well to his sense of fun and freedom in experimenting with language."

"The children were enthralled by Harry's real life stories. he explained how he worked to create television programmes and how he wrote his books, giving the children an understanding of a writer's career. His talk was engaging, interesting and inspiring."

A pig, a girl, 100 apples, and a truly amazing friendship.

The Return of a pig called Heather

A pig, a girl and a daring plan