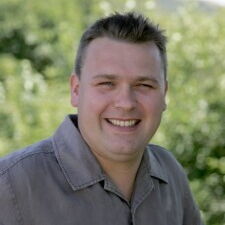 As well as being widely published by Macmillan Children’s Books, Oxford University Press and Scholastic amongst many others, Ian Bland spends a lot of his time visiting primary schools, libraries, football clubs and festivals up and down the country to perform his work and deliver exciting and challenging poetry writing workshops.

He comes highly recommended by the Education and Cultural Services Directorate at Lancashire LEA who describe him as “A five star performer and leader of workshops!”

Ian has also had his performances and workshops scrutinized by OFSTED on many occasions who most recently described his work in schools as “Challenging and inspiring for primary aged children!”

During a typical visit to a primary schools Ian will often begin the day with a performance of his work in an assembly. Performances are packed with rhyme, rhythm, fun and interaction with the children and serve as a wonderful inspiration for the day ahead.

Ian will then go into workshops with different year groups where the idea is for every child to produce and perform their own piece of poetry.

Ian recently appeared on Match of the Day on BBC1 working as a poet in schools. He is currently the poet in residence at Wigan Athletic Football Club and it was to do with his work in Wigan primary schools. You can take a look at the video on the following link,

Ian is in continual demand for his performances and workshops in libraries all over the UK. Just very recently he has appeared in libraries in Rochdale, Blackburn, Warrington, Bolton, Bury, Lancashire, Salford, Newcastle and Blackpool amongst many others.

Ian continues to be invited to appear in International Schools all over Europe including recent visits to schools in Belgium, France, Holland, Switzerland, Italy, Czech Republic and Spain to name a few.

'Ian Bland is a truly inspirational poet.  His positive, enthusiastic approach ensured that the children (all 250+) were mesmerised from the moment he walked in.'

'All the children from Nursery to Y6 were engaged throughout the assemblies and workshops and joined in with the rhyming poems.  The work the children produced was of a high standard and my class were begging me to let them finish it in the next session!  It was lovely to share the work the children had produced with the parents at the end of the day and because all year groups produced a different type of poem during the day, the variety in the assembly was great.'

'There were a lot of smiles and a lot of laughter from everyone involved. The children went away with a strong sense of achievement and the teachers with a great deal more insight into the abilities of their pupils. A very positive experience.'

Publications that include my work: A Bug In My Hair- Hands Up Books , The Jumble Book - Macmillan Poems chosen by Roger Stevens, The World at our Feet: Football Poems Chosen by Paul Cookson, amongst many others.

A Bug in My Hair!: And Other Poems (Paperback)

The World at our Feet: Football Poems