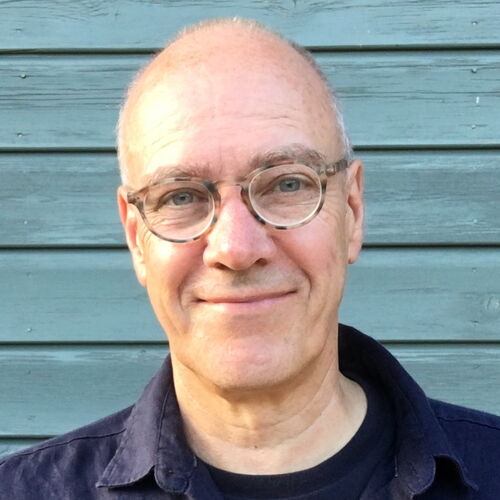 A bit about me:

I write and illustrate picture books for children, and have over 40 titles to my name, many of which have been published all over the world. I've had the honour of being chosen as one of the WORLD BOOK DAY 2019 authors, and have created TEN LITTLE BOOKWORMS with Simon Rickerty specially for the occasion.

'Ten Little Robots' is the latest, not to be confused with 'LITTLE ROBOTS', which was one of my first books, and was made into a 65 episode, animated TV series for the BBC, shown in over 70 countries. I helped to develop and design the series, and wrote several of the shows.

As both a writer and an illustrator, my talks include live drawing. School visits can contain any of the following: lively, interactive book readings with audience participation, drawing sessions such as how to draw a particular character and how to draw different facial expressions, craft sessions, a Powerpoint/Keynote talk about how a book can develop from a simple doodle to a book and a TV series, developing your own characters and writing your own picture books.

Talks can be for individual classes or whole year groups, mainly aimed at Key Stage 1 (including Nursery and Reception ages), though I sometimes give talks for Key Stage 2 students as well.

An empty table near the flipchart for the display of artwork and other objects to show the children.

For the Powerpoint element, I'll bring a memory-stick, but will need you to provide the usual Audio/Visual equipment.

It's nice to do book signings (complete with individual drawings!) at the end of sessions, but this is not obligatory. I can provide instructions on how to involve local, independent bookshops and template letters to inform parents of the event. Provided I can drive to your school I could alternatively bring my own supply of books to sell if that would be easier.

I live in Somerset, but am happy to travel to other parts of the country. I usually adhere to the Society of Authors guidelines on pricing -- £250 for a half day and £350 for a full day, plus travel expenses and accommodation where necessary.

We had the most amazing session with Mike. The children learnt to draw robots and penguins and we had a world premiere of '10 Little Unicorns.' The children absolutely loved it and the staff were so grateful for his creative ideas and inspiration. We can't thank him enough for his time and his effort putting this all together.

Ten Little Robots have to save themselves and their factory when the engine room goes KERBOOOM!

Ten Little Super-Kids flying through the air, Spot the League of Bad Guys plotting in their lair...

Picture Book. Ten Little Pirates sailing out to sea, looking for adventure, happy as can be. But what will the pirates do when they meet a hurricane? And a giant squid? And a HUNGRY SHARK?!

Ten Little Princesses set out for the Grand Ball. But there are trolls and dragons and witches between them and happy ever after...

Ten Little Dinosaurs hatch from their eggs and go exploring. But their prehistoric world is rather more dangerous than they expect!

A colourful book with a rhyming text, full of humorous, loveable robots. Made into the TV Series, 'Little Robots'.

Hugo's inventive family decide to make him a very special birthday present - his very own rocket ship! With press out pieces so you can build your own rocket.

Evil genius Tempus Fugit wants to take over the world with his army of destructive dinosaurs. Can the Time Pirates stop him before it's too late? A story with a GIANT pop-up!

Boris the Troll loves to poke his nose and fart. But Boris has a new friend called Benjie, and Benjie doesn't act like your normal troll!