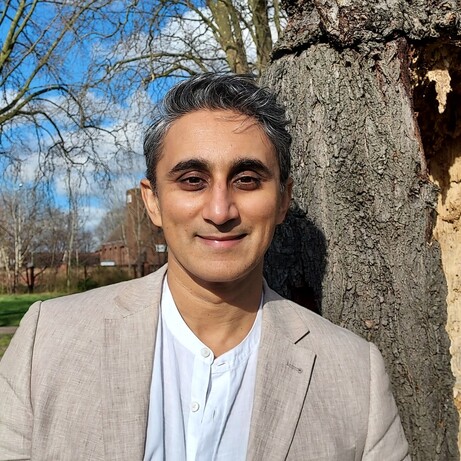 I am an award-winning crime fiction writer published in 16 languages. I love delivering talks and workshops and speak around the country at the biggest crime writing festivals including Harrogate (Theakston's Old Peculier Crime Writing Festival), Crimefest, and Bloody Scotland. I also speak at a range of library, bookshop and other events, such as for Womens Institute chapters and history associations. My debut, The Unexpected Inheritance of Inspector Chopra, was a Times bestseller, and the first book in my historical crime series, Midnight at Malabar House - featuring India's first female police detective - won the CWA Historical Dagger, the world's premier prize for historical crime fiction.

I deliver intriguing talks blending crime fiction and Indian history, for instance, "Killing Gandhi, Dante's The Divine Comedy, and India's First Female Police Detective," and 'Agatha Christie's Influence on the World".  I also deliver creative writing workshops including "Ten Steps to Completing a Novel" ; "How to Write Bestselling Crime Fiction" and "How to Write outside of your own Cultural Background"

More than anything else, my sessions are entertaining and, hopefully, productive! 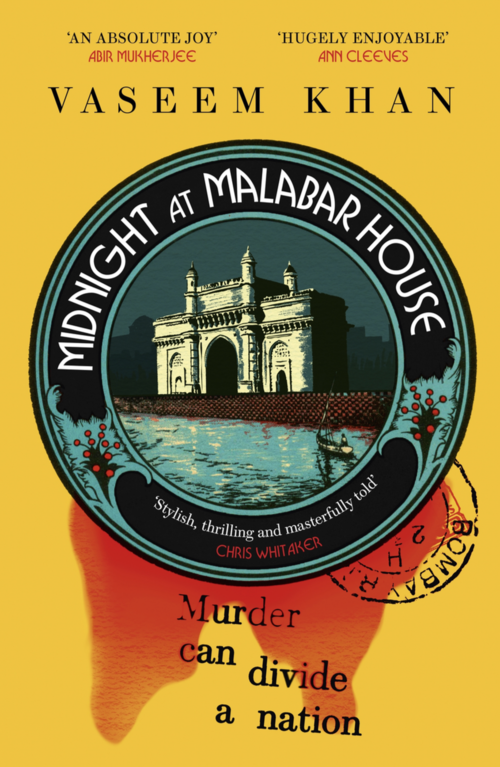 *** WINNER OF THE CWA SAPERE BOOKS HISTORICAL DAGGER 2021 *** 'The leading character is the deftly drawn Persis Wadia, the country's first female detective. She's a wonderful creation and this is a hugely enjoyable book' ANN CLEEVES Bombay, New Year's Eve, 1949 As India celebrates the arrival of a momentous new decade, Inspector Persis Wadia stands vigil in the basement of Malabar House, home to the city's most unwanted unit of police officers. Six months after joining the force she remains India's first female police detective, mistrusted, sidelined and now consigned to the midnight shift. And so, when the phone rings to report the murder of prominent English diplomat Sir James Herriot, the country's most sensational case falls into her lap. As 1950 dawns and India prepares to become the world's largest republic, Persis, accompanied by Scotland Yard criminalist Archie Blackfinch, finds herself investigating a case that is becoming more political by the second. Navigating a country and society in turmoil, Persis, smart, stubborn and untested in the crucible of male hostility that surrounds her, must find a way to solve the murder - whatever the cost. 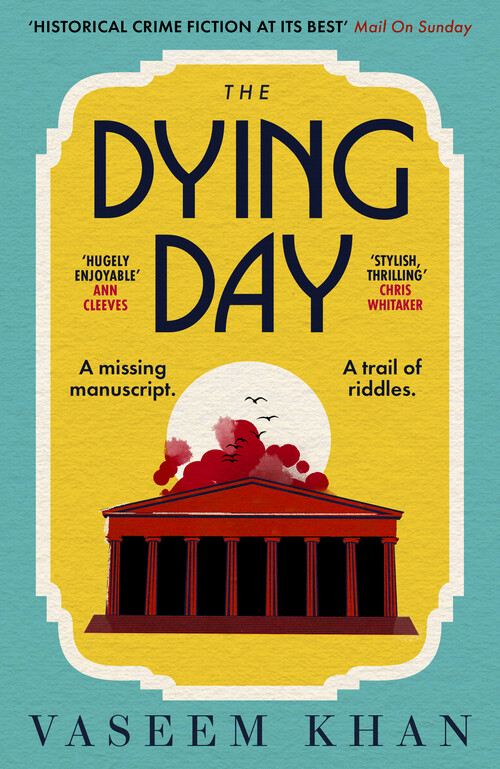 Bombay, 1950 For over a century, one of the world's great treasures, a six-hundred-year-old copy of Dante's The Divine Comedy, has been safely housed at Bombay's Asiatic Society. But when it vanishes, together with the man charged with its care, British scholar and war hero, John Healy, the case lands on Inspector Persis Wadia's desk. Uncovering a series of complex riddles written in verse, Persis - together with English forensic scientist Archie Blackfinch - is soon on the trail. But then they discover the first body. As the death toll mounts it becomes evident that someone else is also pursuing this priceless artefact and will stop at nothing to possess it . . . Harking back to an era of darkness, this second thriller in the Malabar House series pits Persis, once again, against her peers, a changing India, and an evil of limitless intent.B08N9TS3CC 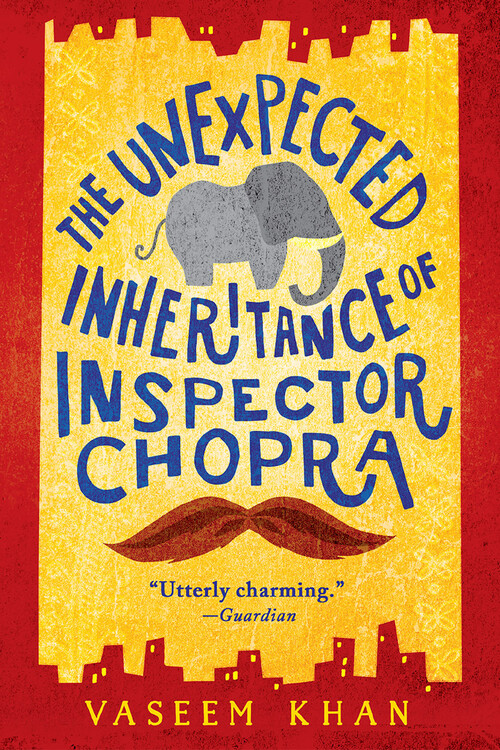 The Unexpected Inheritance of Inspector Chopra

Selected by the Sunday Times as one of the 40 best crime novels published 2015-2020 Mumbai, murder and a baby elephant combine in a charming, joyful mystery for fans of Alexander McCall Smith and Rachel Joyce. On the day he retires, Inspector Ashwin Chopra discovers that he has inherited an elephant: an unlikely gift that could not be more inconvenient. For Chopra has one last case to solve... But as his murder investigation leads him across Mumbai - from its richest mansions to its murky underworld - he quickly discovers that a baby elephant may be exactly what an honest man needs. So begins the start of a quite unexpected partnership, and an utterly delightful series from the award-winning author of the Malabar House novels. 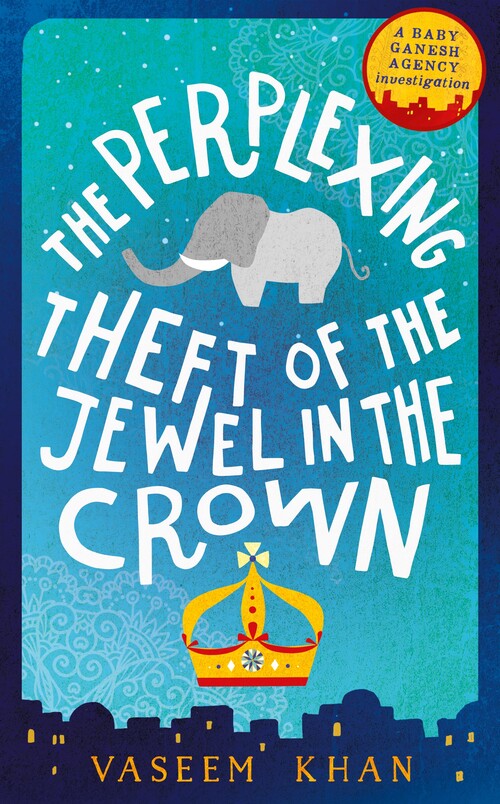 The Perplexing Theft of the Jewel in the Crown

For centuries the Koh-i-Noor diamond has set man against man and king against king. Now part of the British Crown Jewels, the priceless gem is a prize that many have killed to possess. So when the Crown Jewels go on display in Mumbai, security is everyone's principal concern. And yet, on the very day Inspector Chopra visits the exhibition, the diamond is stolen from under his nose. The heist was daring and seemingly impossible. The hunt is on for the culprits. But it soon becomes clear that only one man - and his elephant - can possibly crack this case... 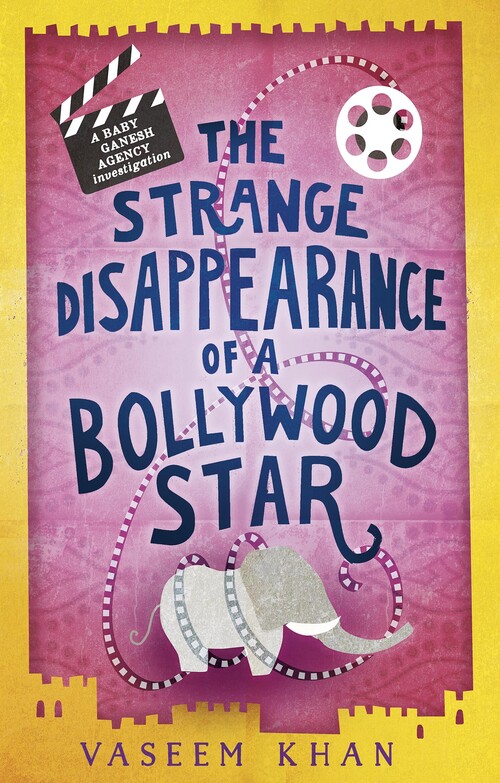 The Strange Disappearance of a Bollywood Star

The enchanting new Baby Ganesh Agency novel sees Inspector Chopra and his elephant sidekick investigating the dark side of Bollywood. Mumbai thrives on extravagant spectacles and larger-than-life characters. But even in the city of dreams, there is no guarantee of a happy ending. Rising star and incorrigible playboy Vikram Verma has disappeared, leaving his latest film in jeopardy. Hired by Verma's formidable mother to find him, Inspector Chopra and his sidekick, baby elephant Ganesha, embark on a journey deep into the world's most flamboyant movie industry. As they uncover feuding stars, failed investments and death threats, it seems that many people have a motive for wanting Verma out of the picture. And yet, as Chopra has long suspected, in Bollywood the truth is often stranger than fiction... 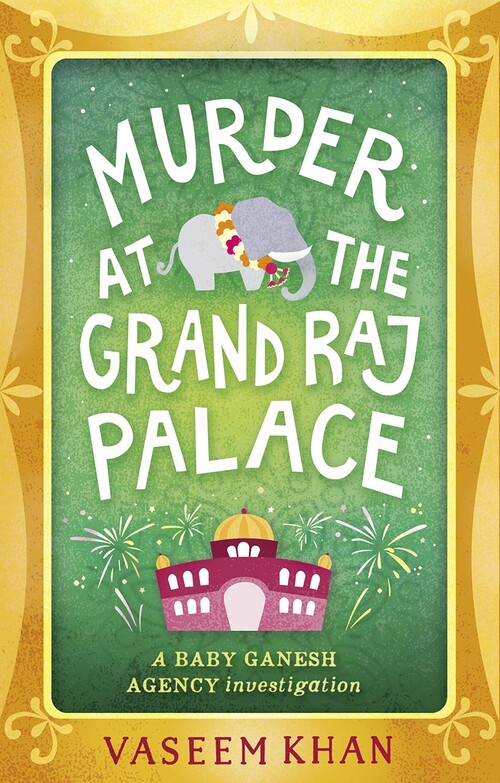 Murder at the Grand Raj Palace

For a century Mumbai's iconic Grand Raj Palace Hotel has welcomed the world's elite. Anyone who is anyone stays at the Grand Raj. The last thing the venerable old hotel needs is a murder . . . So when the body of American billionaire Hollis Burbank is found, the pressure is on to label it a suicide. But then Chopra is called in . . . and finds a hotel full of people with a reason to want Burbank dead. Accompanied by his sidekick, baby elephant Ganesha, Chopra navigates his way through the palatial building, a journey that leads him steadily to a killer, and into the heart of darkness . . . 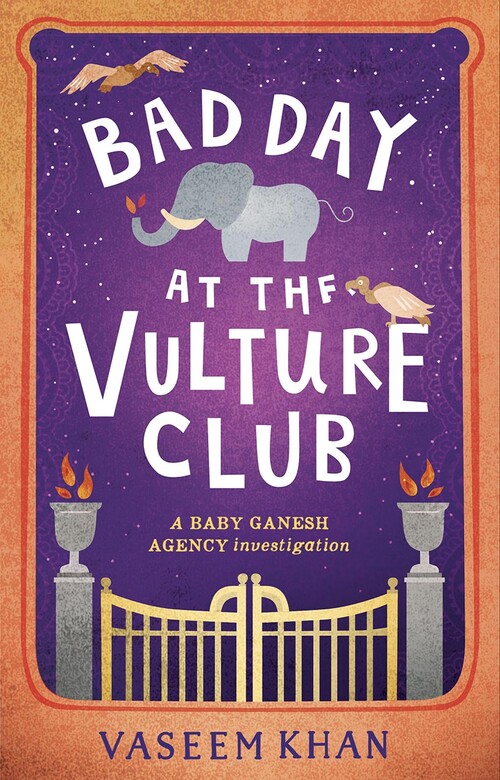 Bad Day at the Vulture Club

In the gripping new Baby Ganesh Agency novel, Inspector Chopra and his elephant sidekick investigate the death of one of Mumbai's wealthiest citizens, a murder with ramifications for its poorest. The Parsees are among the oldest, most secretive and most influential communities in the city: respected, envied and sometimes feared. When prominent industrialist Cyrus Zorabian is murdered on holy ground, his body dumped inside a Tower of Silence - where the Parsee dead are consumed by vultures - the police dismiss it as a random killing. But his daughter is unconvinced. Chopra, uneasy at entering this world of power and privilege, is soon plagued by doubts about the case. But murder is murder. And in Mumbai, wealth and corruption go in hand in hand, inextricably linking the lives of both high and low... 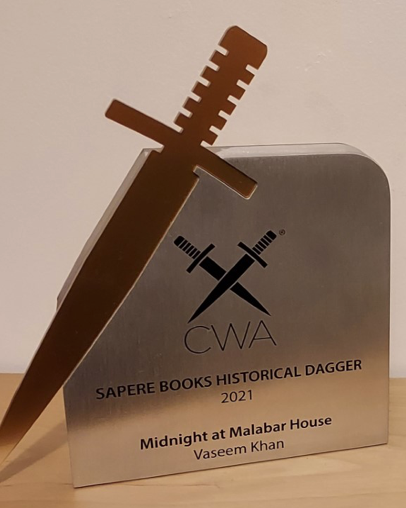