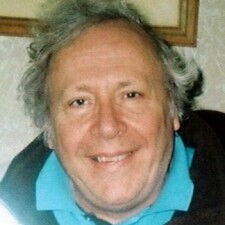 I am a full-time freelance writer with over 35 years' experience of originating commerical material of all kinds and for all age-groups.

During this time, I have written extensively for the following:

Pre-school comics and early-learning magazines
Examples: THOMAS THE TANK ENGINE and TWINKLE comic, to which I contributed regularly for over 25 years.

Junior comics and magazines
Example: BEANO, for which I was one of only two freelance contributors in the UK, writing scripts for DENNIS THE MENACE, MINNIE THE MINX and THE BASH STREET KIDS

Junior information and illustrated non-fiction, including books within activity kits and tins.

UK licensed characters
Example: SHAUN THE SHEEP, for which I wrote all the picture strip stories in the comic published by TITAN.

International licensed characters
Examples: GARFIELD, for which I was writer and editor of all UK material including a monthly magazine, and the same for SNOOPY/PEANUTS - the world's top two newspaper cartoon characters.

Spin-off TV and film publishing
Example: a series of adult magazines from the film JURASSIC PARK.

I have two books of my own currently in print. They are called OLD GRUMPUS and A SPIDER FOR TEA and consist of 12 short stories relating the adventure of some "ten-year-old teenagers" at home and at school throughout the year. They were writen for reading aloud in school assemblies.

For many years, I was a middle school teacher before my writing career allowed me to give up the day job. So I have plenty of experience of addressing school audiences aged 5 -12. I have run several writing workshops in the past, the most popular of which was about how to write and draw picture-strip stories for comics.

With my long and varied record of freelance commissions, I feel confident of successfully undertaking almost any project that might be given to me. The material with which I am most comfortable is anything for television, either on-screen or spin-off, children's material or humour of any kind.

I am married with a grown-up son and daughter. I am a great fan of Sixties and Seventies folk music (especially Bob Dylan, Joan Baez, Peter Paul and Mary and The Kingston Trio) and own three classic Triumph cars. I'm a Stoke City supporter because Rory Delap (he of the amazing long throw) is my nephew.

A Time Traveller's Field Notes and Observations of DINOSAURS

A 14 year old Edwardian girl finds a time machine in her summer house and travels back to the age of the dinosaurs.

A Time Traveller's Field Notes and Observations of ANCIENT EGYPT

In this book, nominated for best illustrated children's book of 2008, Henrietta meets and has various hair-raising adventures with Tutankhamun, Cleopatra and others.

First in a series of 7 books, this interactive junior novels tells how an American teenager undertakes the first quest to prevent the earth being destroyed by aliens.

The task of completing another quest, this time around Asia, falls to a poor Indian girl from the sweatshops of Calcutta. Again, the reader is invited to help her save the world!