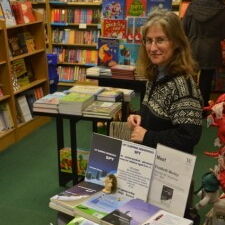 Elizabeth Morley is an author-illustrator of fiction for children aged seven to eleven. Her stories are set in a parallel world populated by hedgehogs which nevertheless closely resembles our own. They are fast-paced, witty, full of twists and turns, and packed with colour illustrations on nearly every page.

Elizabeth wrote and illustrated her first hedgehog story when she was aged eleven herself - inspired by the family of hedgehogs who had taken up residence in her garden. Many years later, she returned to the theme to entertain a friend - a grown-up who remained young at heart.

Thus Snipper was born - secret agent and hedgehog hero of Let Sleeping Hedgehogs Spy and of Hedgehogs from Outer Space (as well as of others yet to come). Elizabeth's first published book, however, was Where Hedgehogs Dare, which features Snipper's great-grandmother, Snippette, when still a youthful and very daring hedgehog. Elizabeth's latest book, The Smugglers of Hog's Head Bay, takes the reader back further still, to the 1770s - an age of sail, smuggling and revolution. Set on the 'Isle of Needles' (based on the Isle of Wight), The Smugglers of Hog's Head Bay features another of Snipper's ancestors, Hoglinda, as she finds herself drawn into her cousin's murky world.

While these stories were written for children, both parents and teachers may be pleased to note that Snipper, Snippette and Hoglinda are also popular with grown-up readers!

Visit Vimeo to watch Elizabeth's four book trailers - illustrated excerpts from her books, narrated by the author herself, and set to her own music: https://vimeo.com/elizabethmorley

All of Elizabeth's books finish with a short postscript explaining the real-life facts behind the story; for, while her purpose is first and foremost to entertain, much of her inspiration comes from the fascinating world (and universe) around us. The hedgehogs are very much like us (with a few added extras - notably the ability to hibernate). The locations are inspired by real places, most of which Elizabeth has visited (such as France, Germany, Iceland and the Isle of Wight) but a few of which she has not (a video tour by astronaut Suni Williams was sadly the closest she got to the International Space Station!).

The plots also take in real history, such as the planned invasion of Great Britain in World War II or smuggling in the 1770s; real science and technology, from thermite's ability to burn under water to the role of robots in space; and real natural phenomena, like avalanches and crevasses. There is also an explanation of the scientific theories behind the science fiction in her third book - as well as information on European involvement in space exploration and how to become an astronaut!

Elizabeth is very happy to take suggestions from schools on the format of a visit - whether a talk or a workshop or a combination of the two. On previous school visits, a single session has lasted about an hour in total, divided into four short sections:-

1) a reading from one of her books.

Option A - a talk about the real-life facts behind the chosen book e.g. for Where Hedgehogs Dare, World War II and the threatened invasion of Great Britain / the French Resistance / the Channel Islands' experience of occupation; for Let Sleeping Hedgehogs Spy, geographical features of the Alps / Iceland / the Netherlands and Venice (avalanches and crevasses / turf houses / land reclaimed from the sea and the risk of flooding); Hedgehogs from Outer Space, the International Space Station and space exploration; The Smugglers of Hog's Head Bay, smuggling / sailing and navigation in the 1770s.

Option B - a talk ranging across all four books where the author explains how she gets her ideas - from her own experiences, observations and travels, plus a fair amount of research (scientific, historical, geographical etc.).

Elizabeth's talks are accompanied by a selection of slides showing a few of her illustrations, together with (where relevant) the photographs which the illustrations were based on.

3) a discussion about the ingredients for a good adventure story;

4) a mini-workshop where the children come up with ideas of their own; here it usually best for the children to divide into smaller groups with pen and paper to jot down their ideas, which they can use later to write out a story back home.

The children are also encouraged to ask questions throughout the visit.

Elizabeth will talk to either big or small groups, according to the school's preference. However, for less confident children, she recommends smaller groups to put them at their ease and encourage them to ask questions.

Elizabeth is a frequent and life-long visitor to the Isle of Wight, which provided the inspiration for her fourth book The Smugglers of Hog's Head Bay. She would be delighted to talk to island schools about the real-life places and the historical events which lie behind her book.

Elizabeth divides her time between North London and the Isle of Wight but is willing to travel to most places in the UK. A standard session costs £150 plus travel. 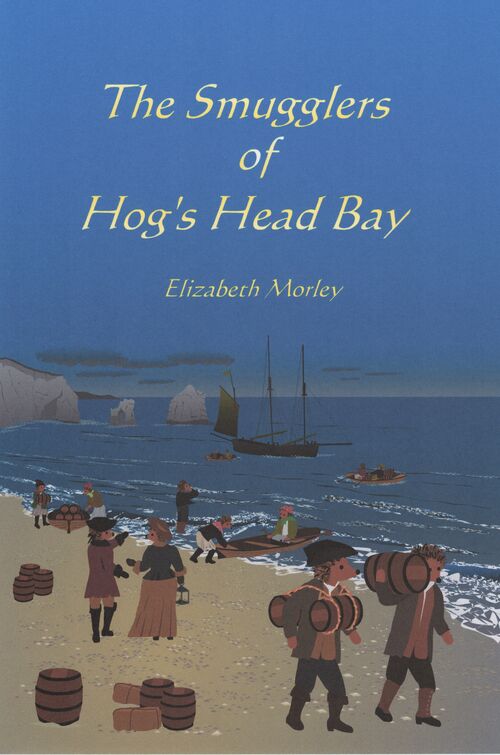 The Smugglers of Hog's Head Bay

It is the 1770s - an age of sail, smuggling and revolution. When Admiral Hoglander is called away by the navy, he sends his daughter, Hoglinda, to live with her Cousin Quiller, in a remote corner of the Isle of Needles. Hoglinda fears she will be bored there. Then she discovers that Quiller has a secret. Determined to uncover the truth, Hoglinda is drawn further and further into Quiller's murky world. A world of night visitors, hiding places and secret signals. A world of loyalty and betrayal where, behind one dark secret, lies another - darker still... Along the way, Hoglinda meets many shady characters, and more than once her life will be threatened. Eventually driven to seek the help of a stranger, she turns to the mysterious Mr Snipwicke. But can Mr Snipwicke himself be trusted? 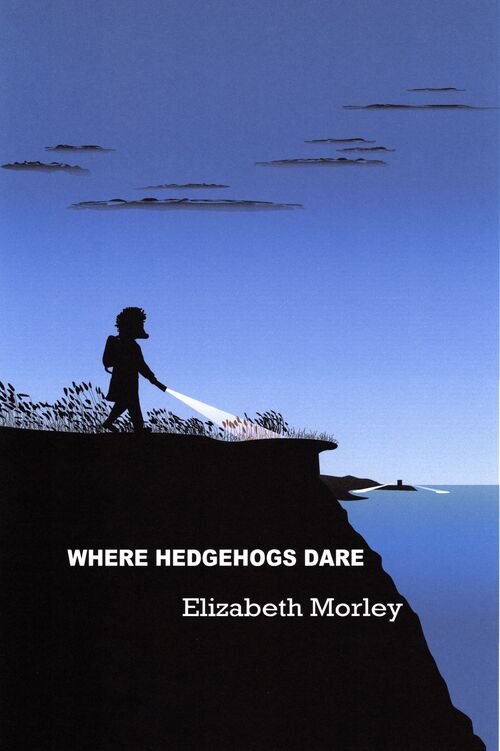 It is the start of the Second World War. Great Bristlin stands alone against Hegemony and needs every hedgehog it can get: Spike has joined His Majesty's Air Force and is flying reconnaissance missions; and Clou has formed an escape line to help Bristlish prisoners-of-war on the run. Snippette is determined to escape from her enemy-occupied island and do her bit for the war, too - even if it's just making widgets in a factory. However, the mysterious Field Liaison and Espionage Agency (known to its agents as F.L.E.A.) has something altogether more dangerous in mind, and Snippette will soon hold the fate of nations in her paws. 'Where Hedgehogs Dare' takes Snippette, Flight Lieutenant Spike and Clou, the Comte de Grif, on a dangerous journey behind enemy lines - a parachute drop, crash landing, secret messages, deception and self-sacrifice. Some will be captured. All risk their lives. 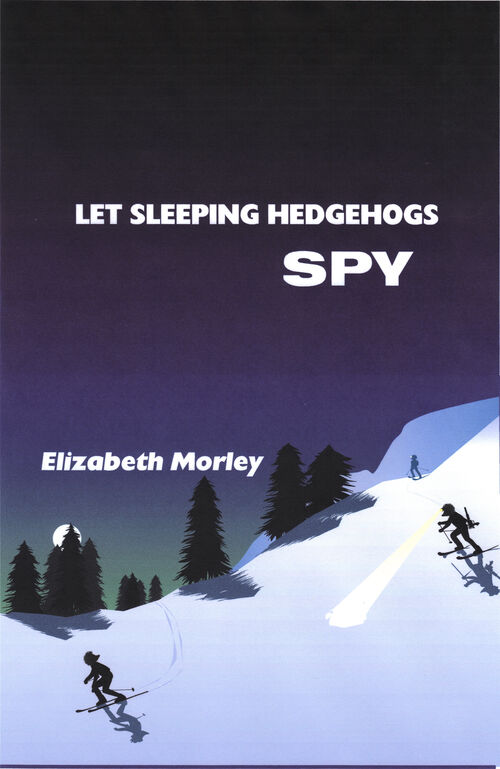 Snipper's first adventure. The story opens as he is about to set off on a skiing holiday with his friends; but a sinister plot is afoot and their holiday is disrupted when Snipper finds himself pitted against a criminal mastermind known only as Mr E. Snipper is soon on the tail of Mr E but, along the way, he must protect his friends, hide his identity and decide once and for all whether the hedgehog in blue is friend or foe. Perhaps she is nothing to do with Mr E. Perhaps she is just a stranger whose book he picked up for her. But a book may contain a code or a secret message... Snipper's journey takes him from the magnificent but dangerous snow-covered slopes of the Altispine mountains; through the Needlelands where Van Hogloot - a criminal banker with international connections - has his home in a charming converted windmill; to Icepeak, a remote and starkly beautiful island where Snipper finally comes face-to-face with the mysterious Mr E himself. 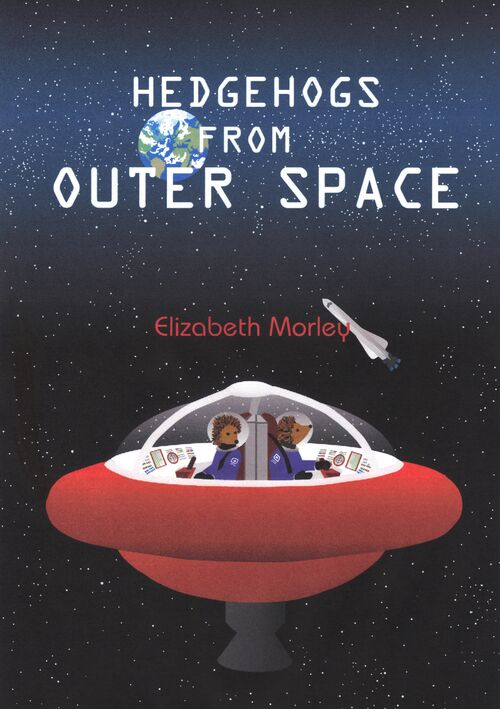 Snipper's second adventure. As the story opens, he is looking forward to watching the launch of the space shuttle. Riding inside will be two of his friends - astronauts who are to spend the next six months orbiting Earth on board the international space station. But Snipper never makes it to their launch. Whisked off to a distant galaxy himself, he soon has other things on his mind - a rescue mission, a plot which threatens the future of his entire planet and a seemingly impossible journey home. As he navigates his way across a hostile universe, he must learn to land a spacecraft, assume an alien identity and secretly visit strange new worlds - where days are longer than years and where plants can only survive underground. Though his friends have long since given him up for lost, their paths will cross again. Then they must all play their part. The future of the Earth rests in their paws. 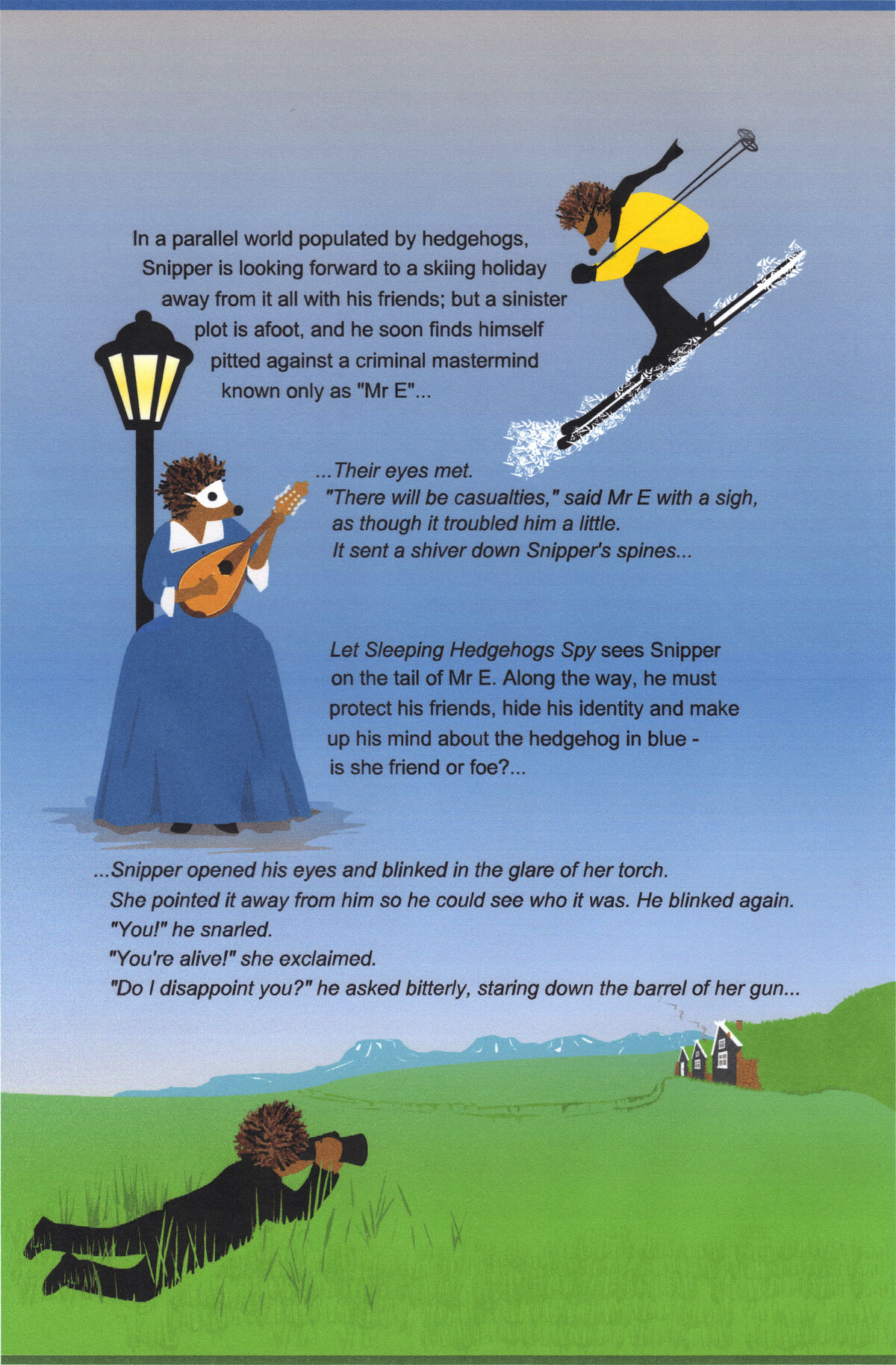 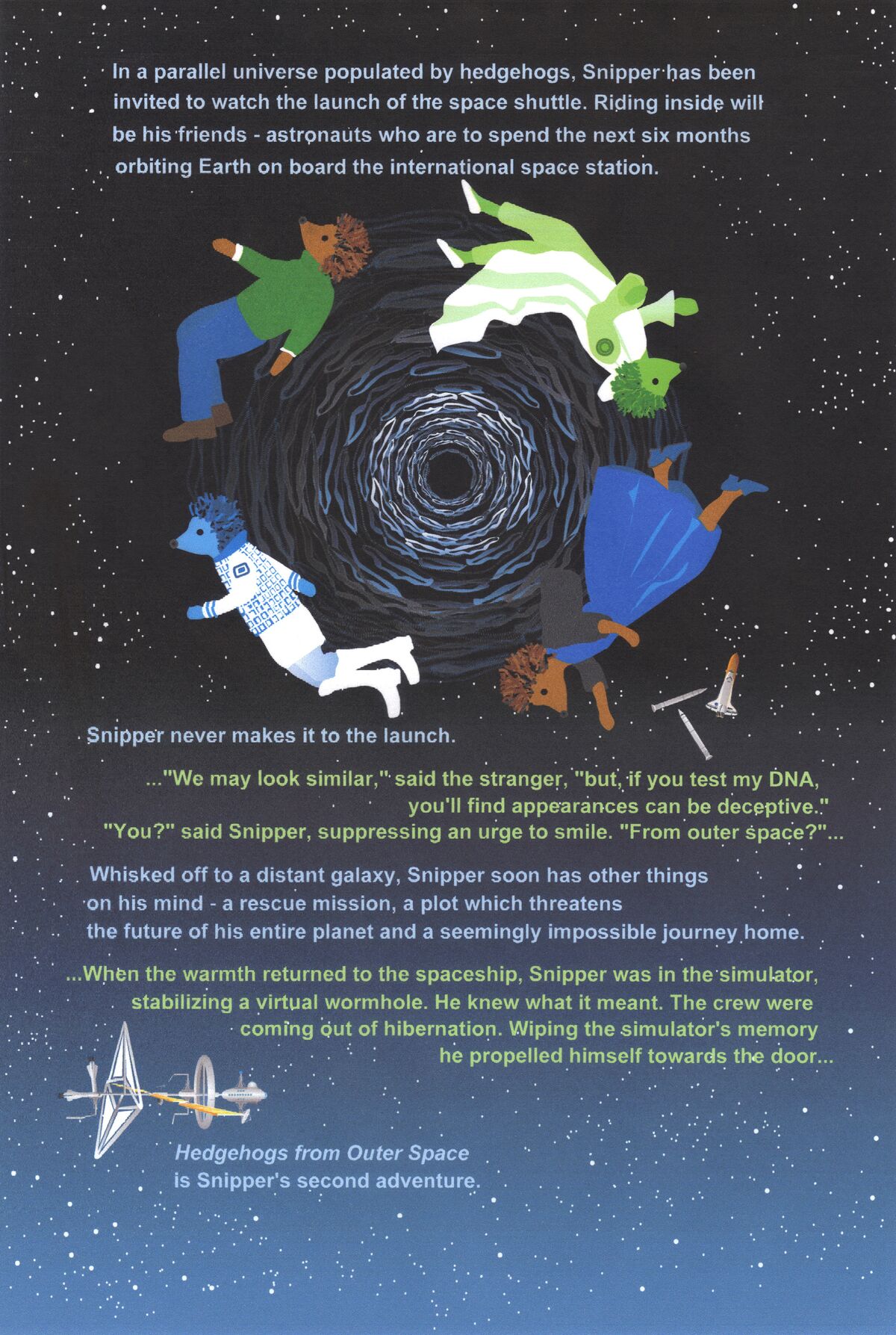 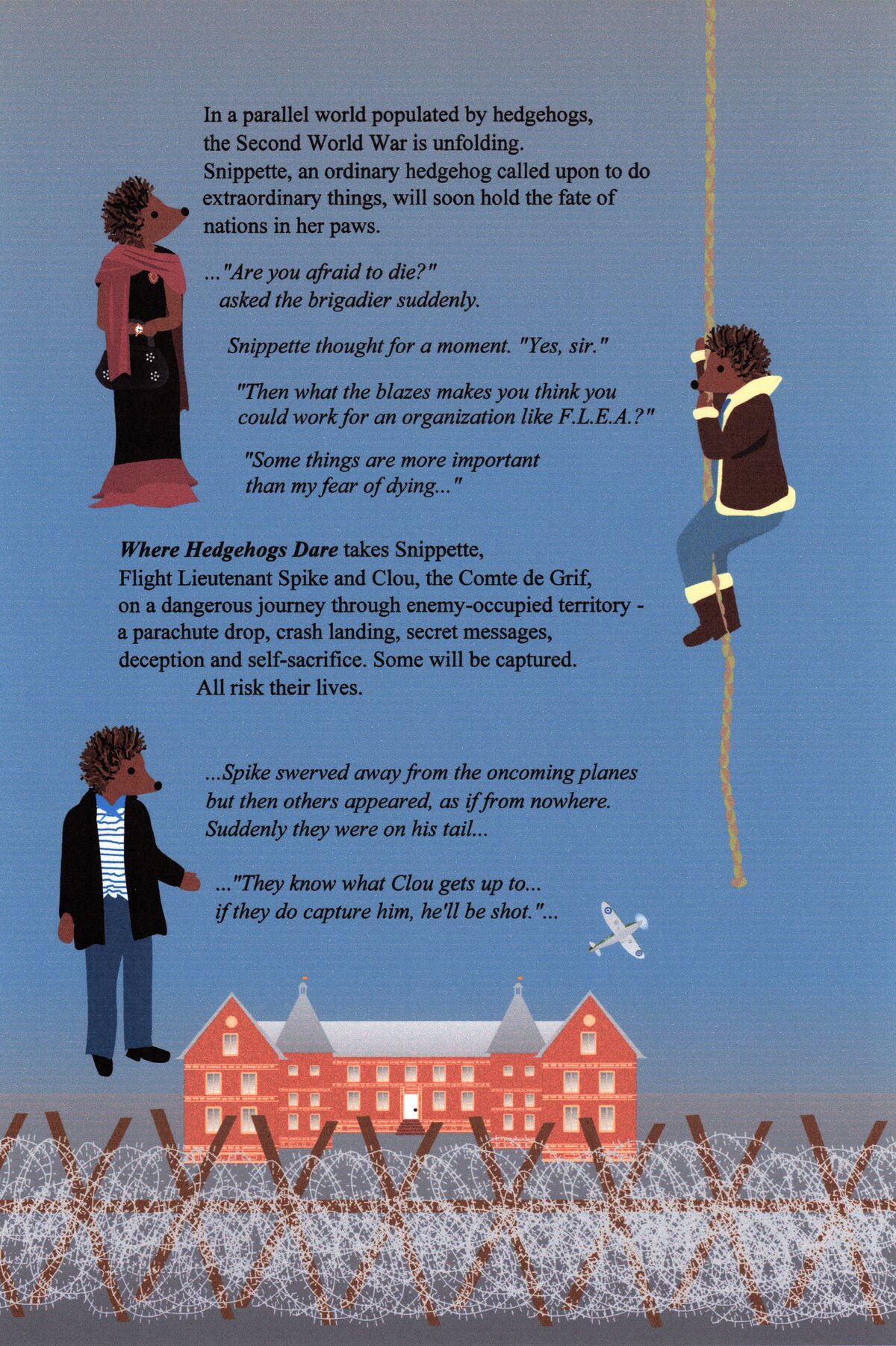 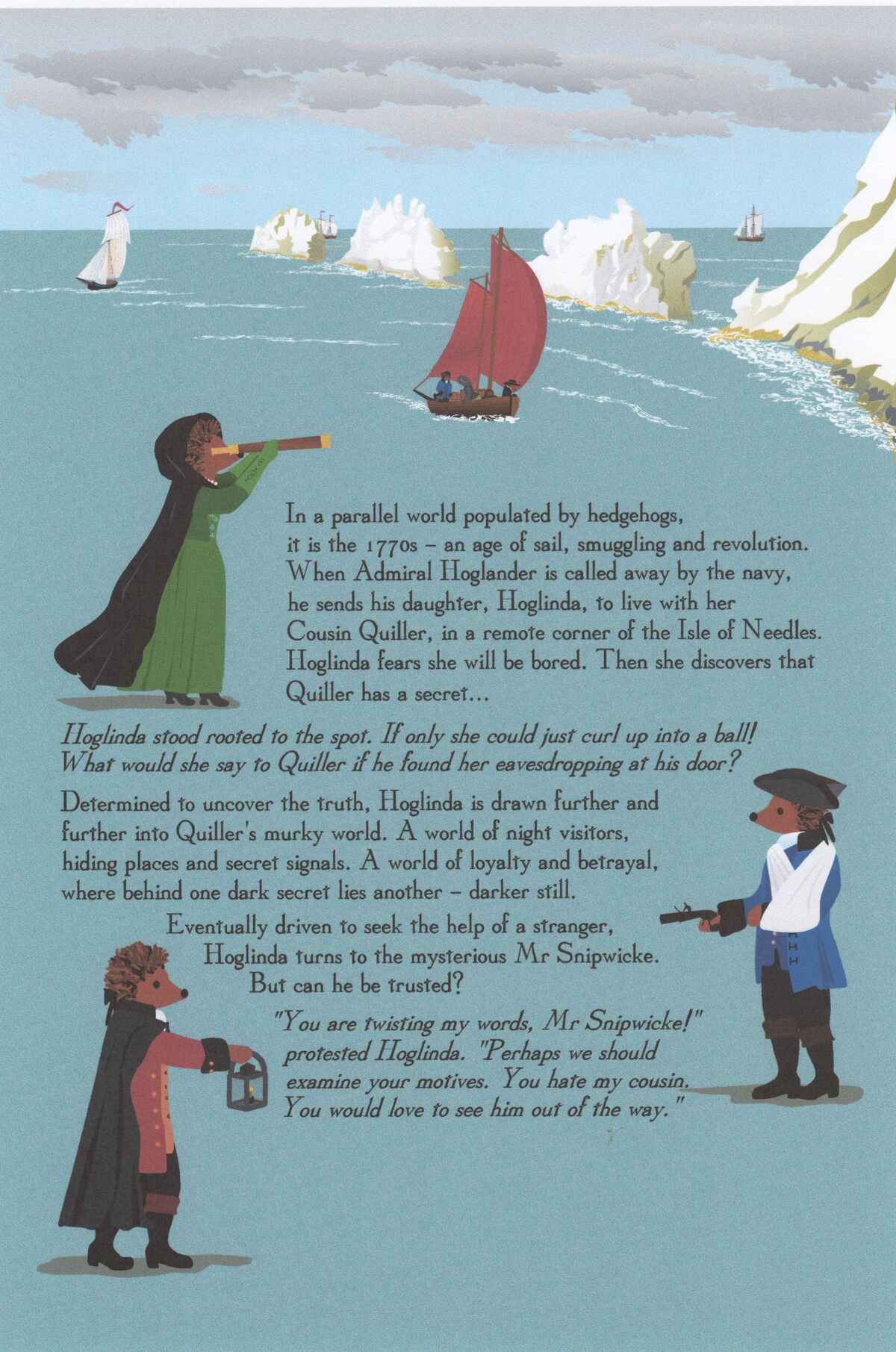 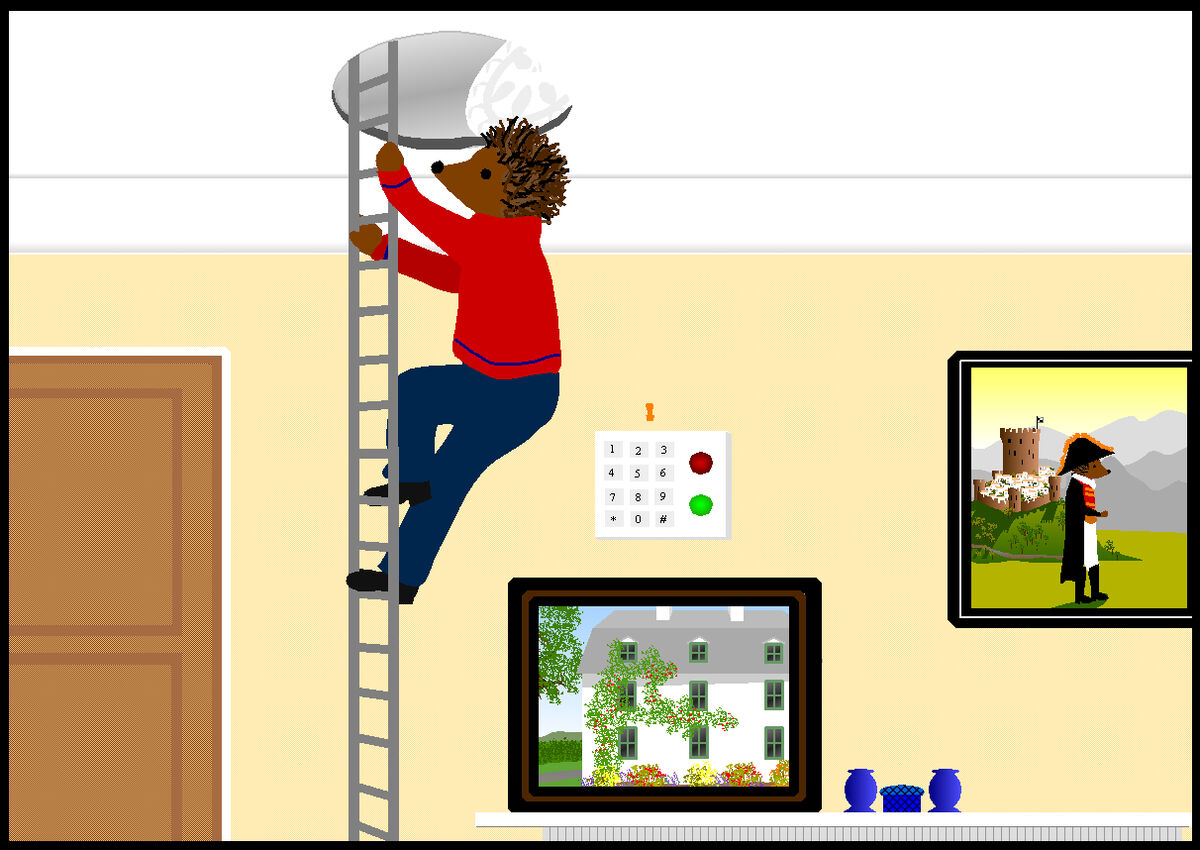 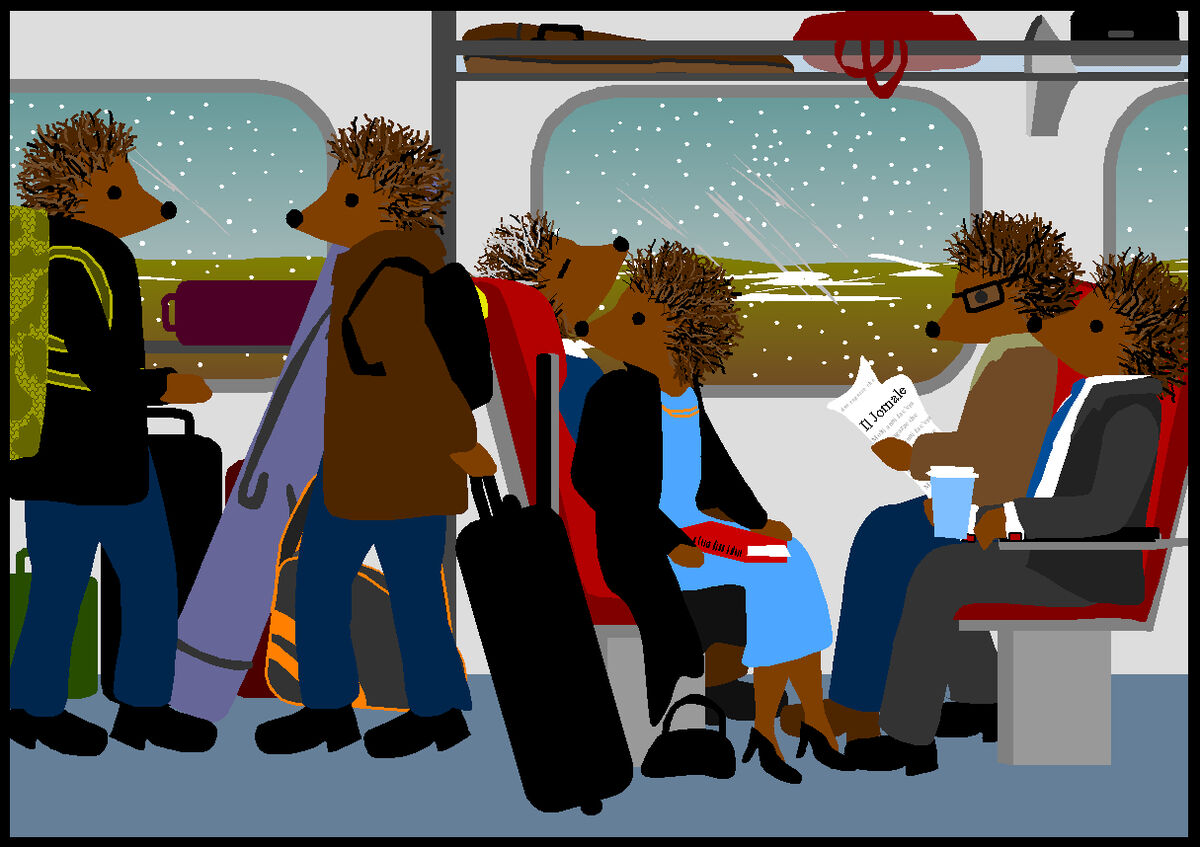 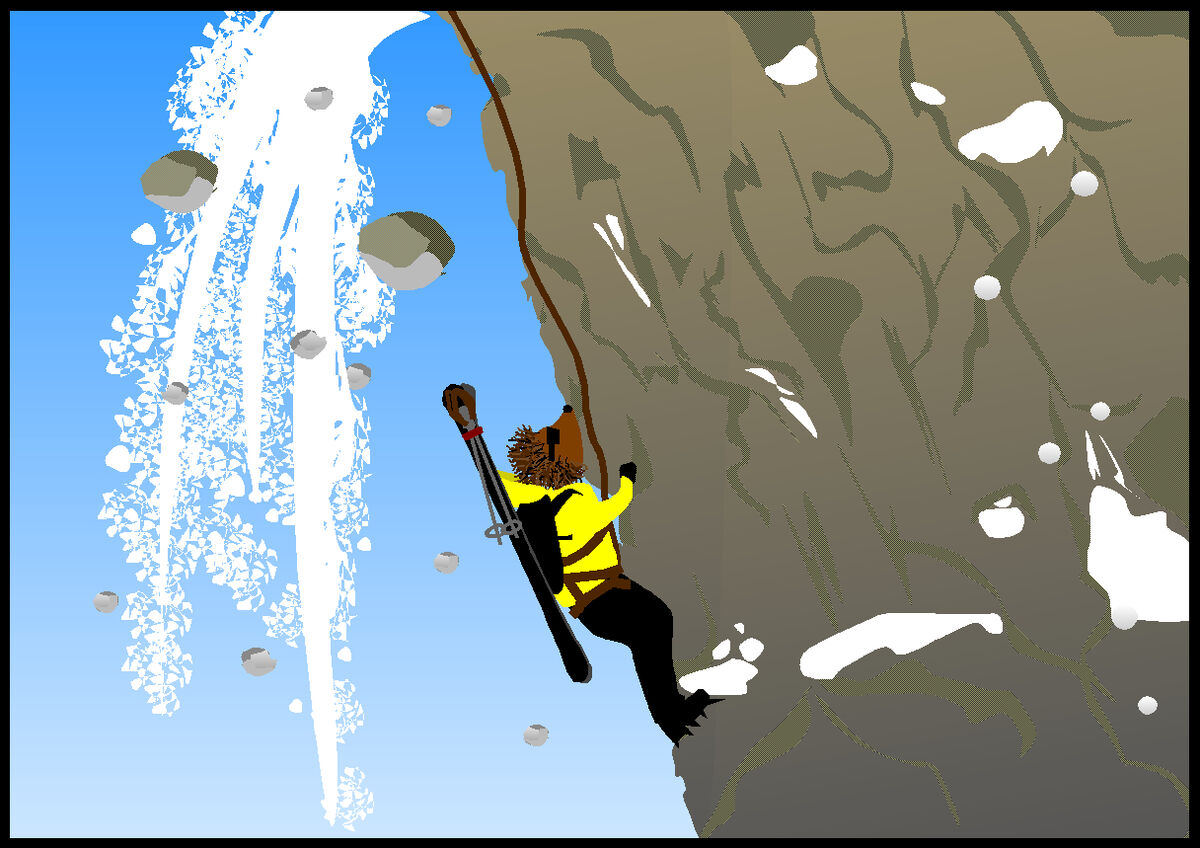 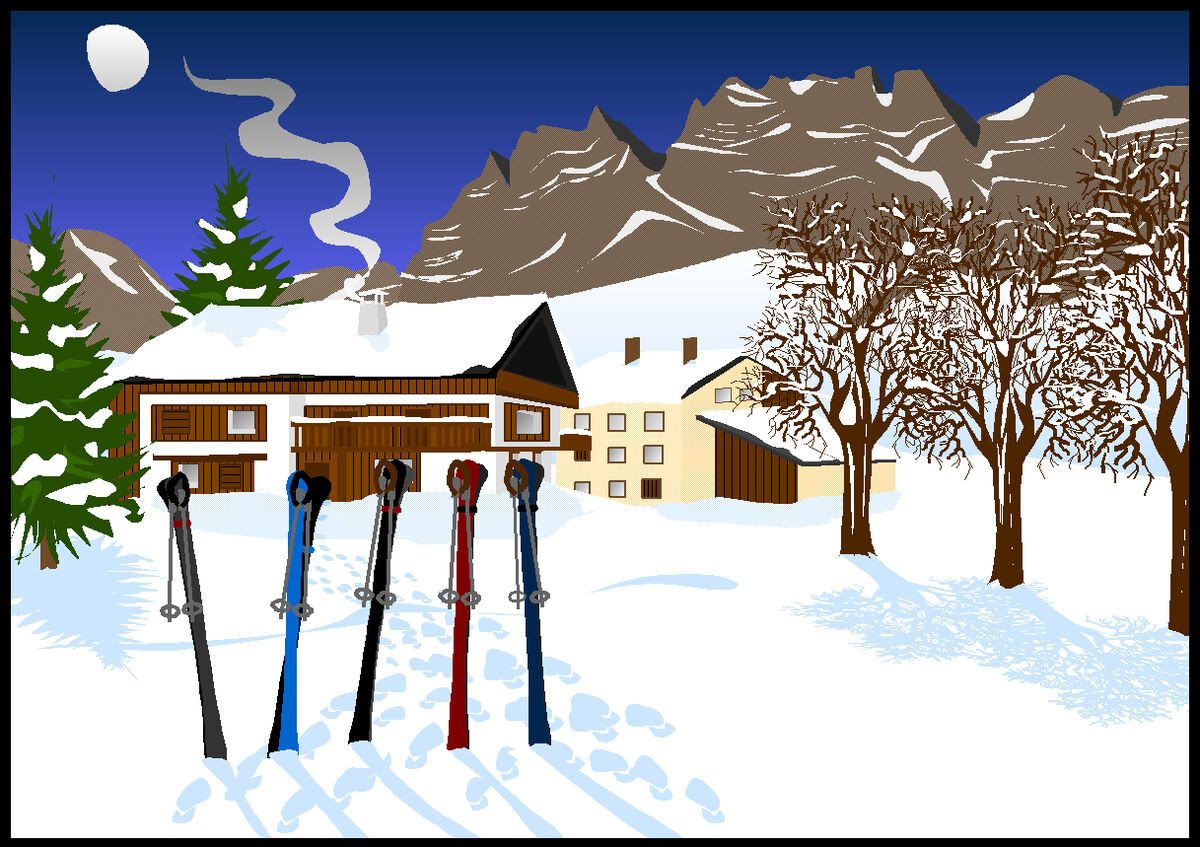 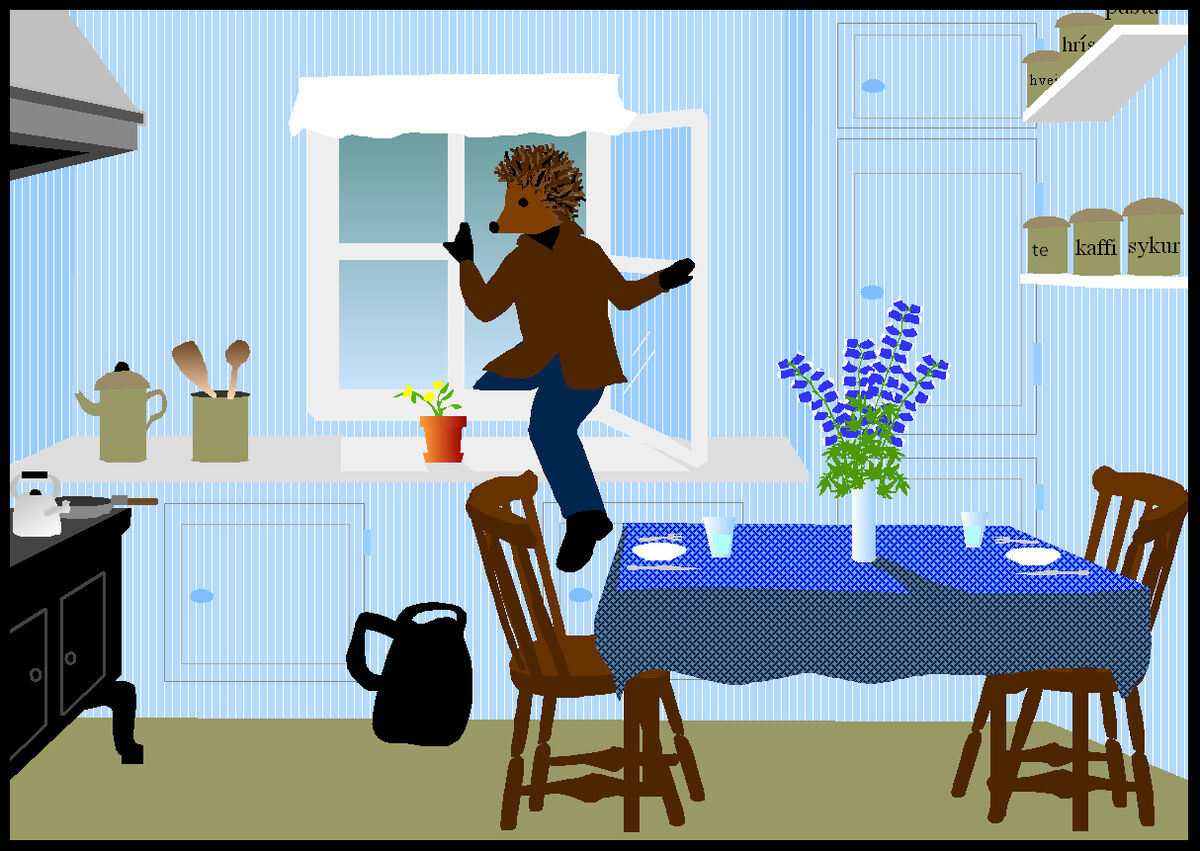 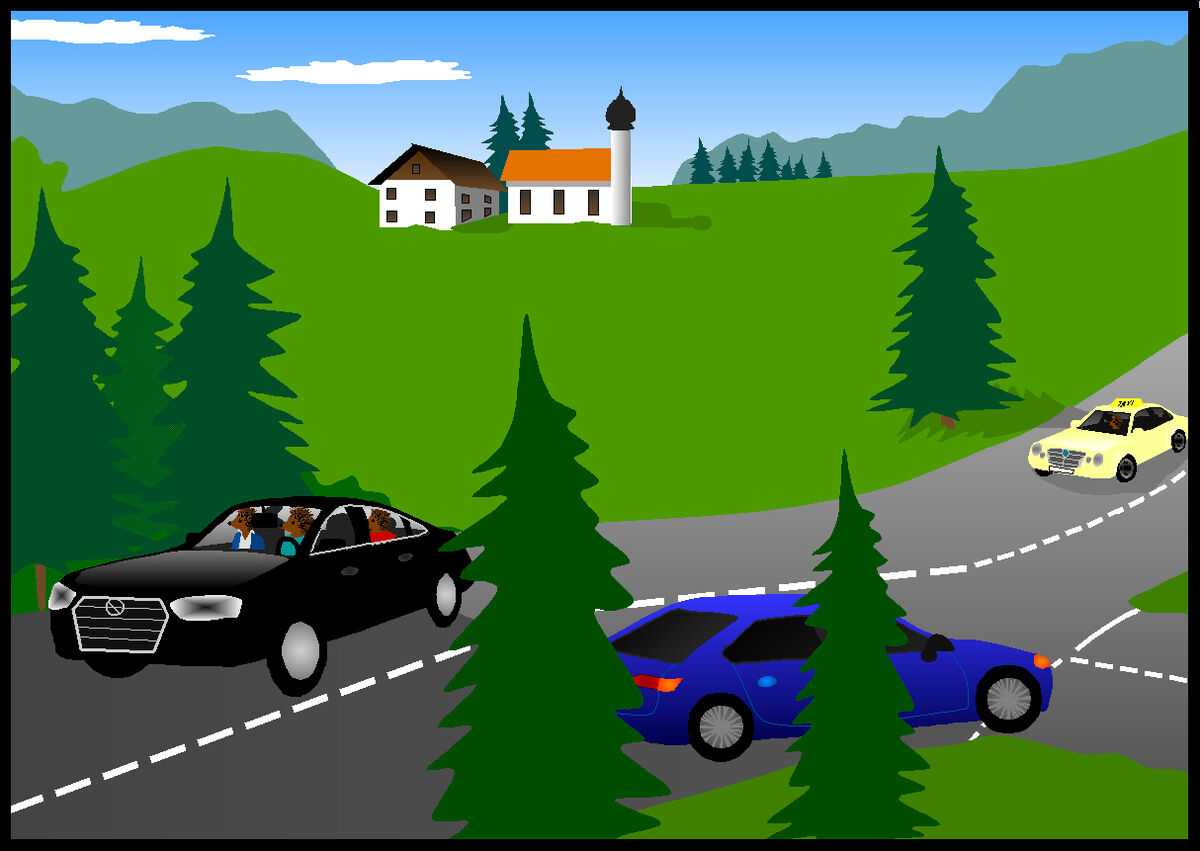 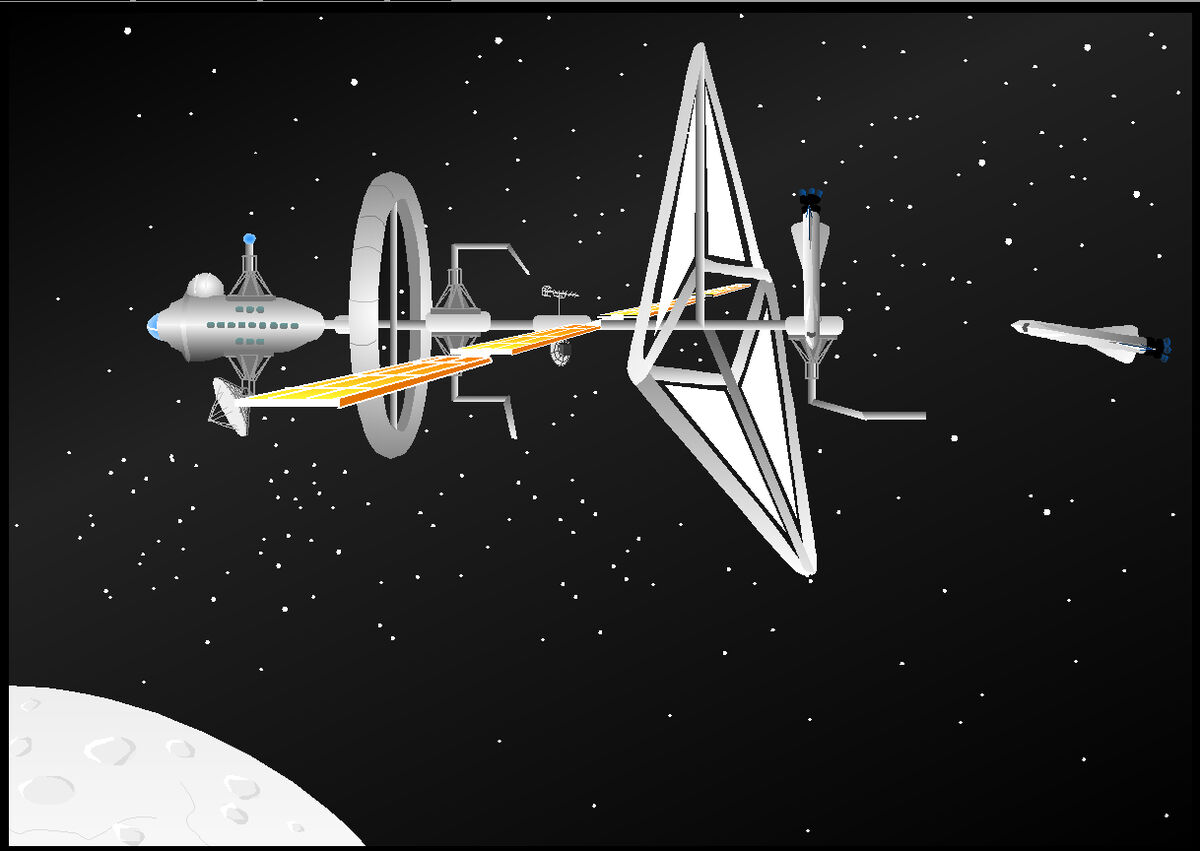 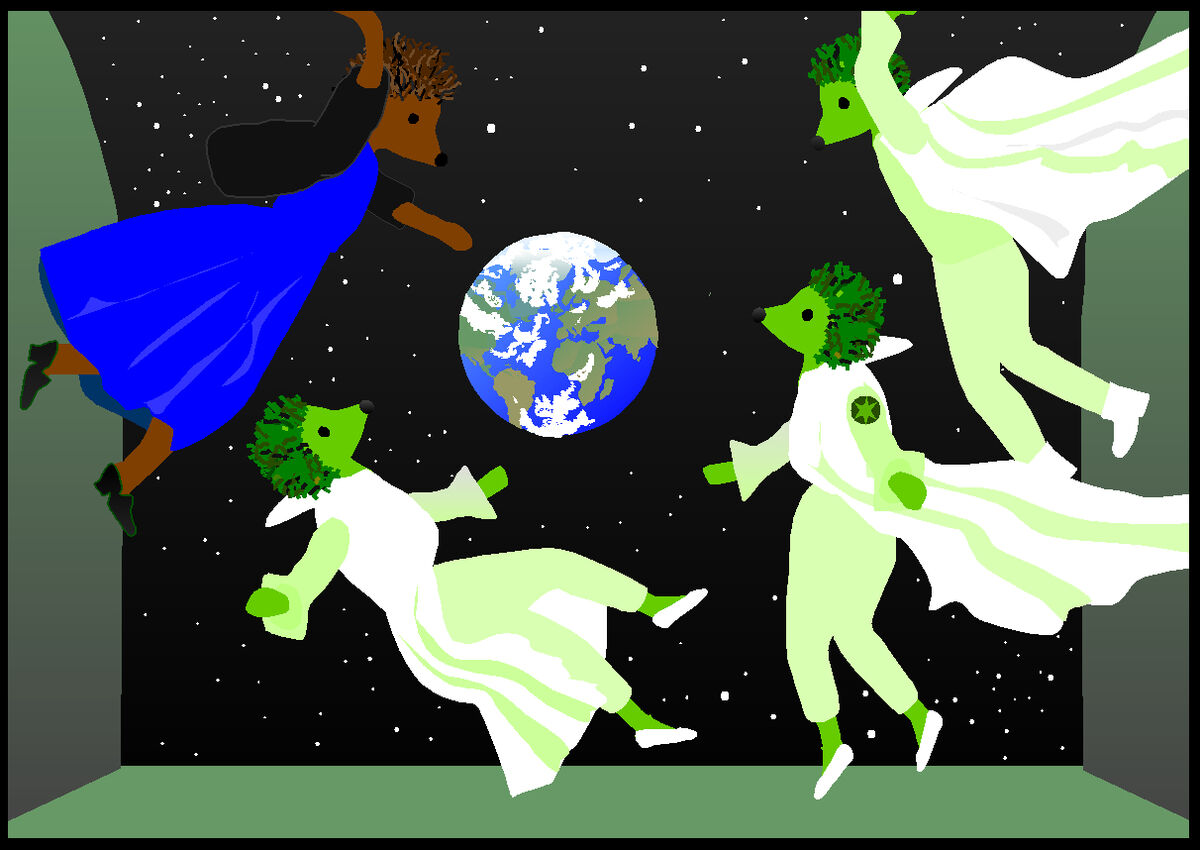 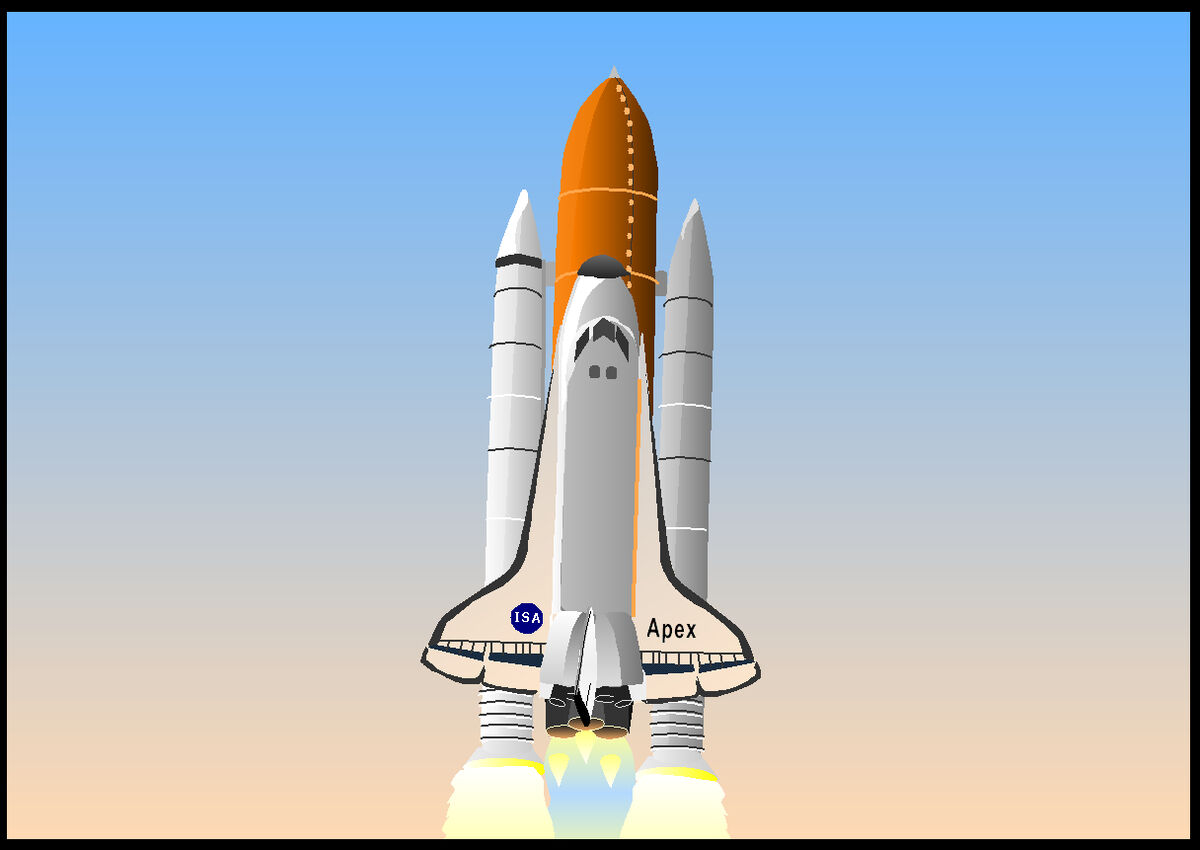 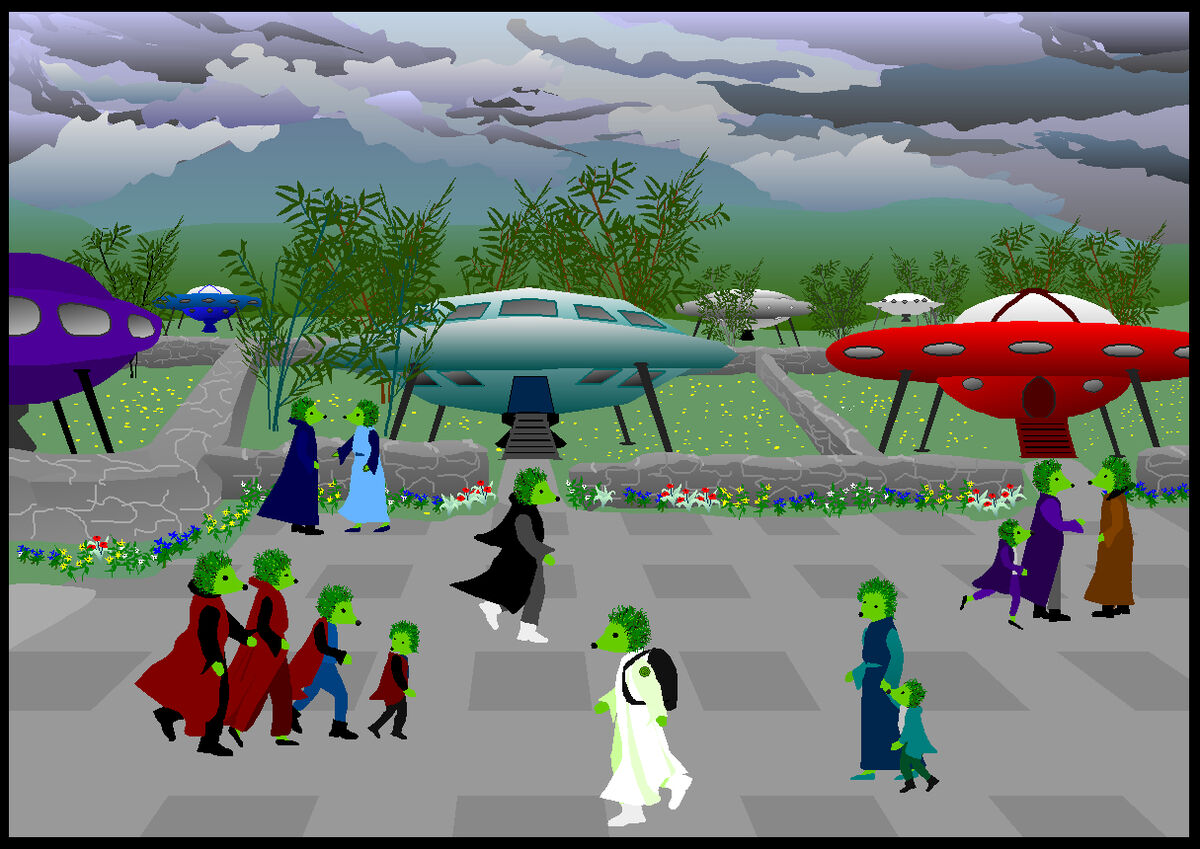 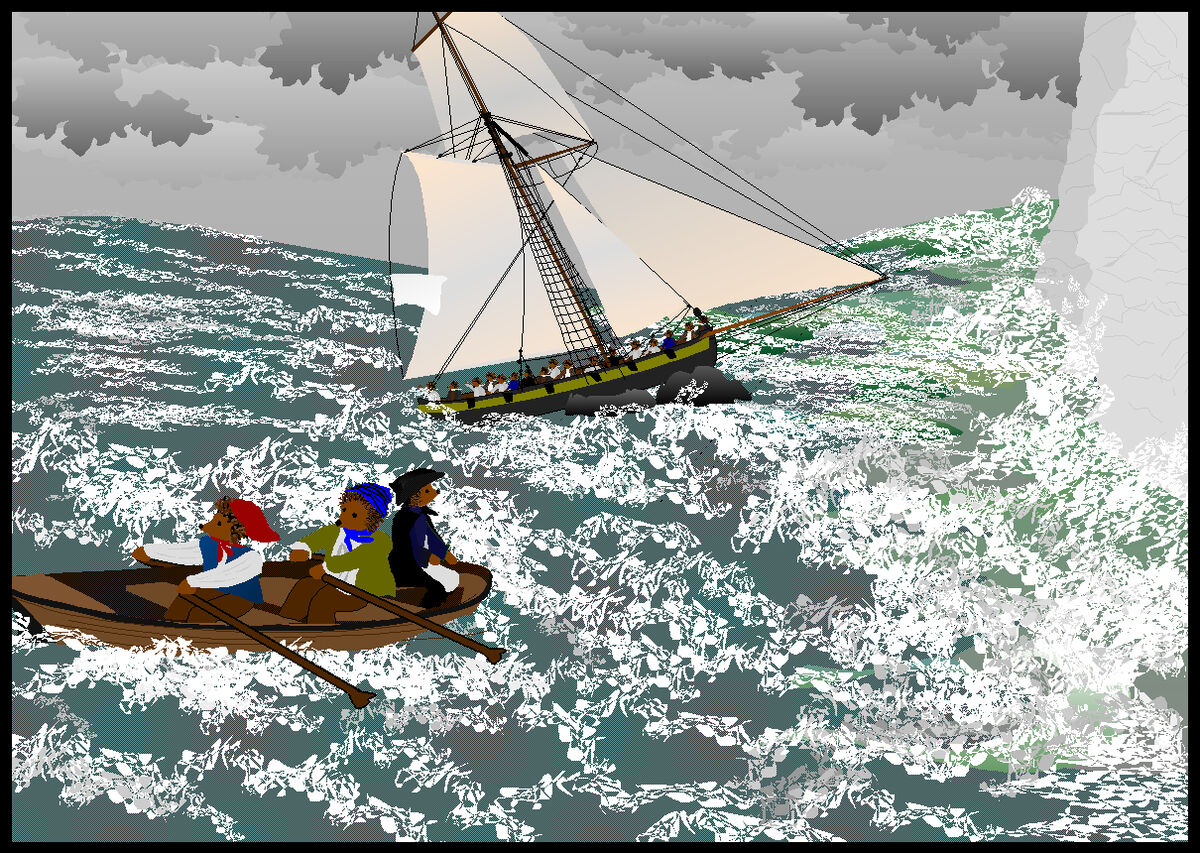 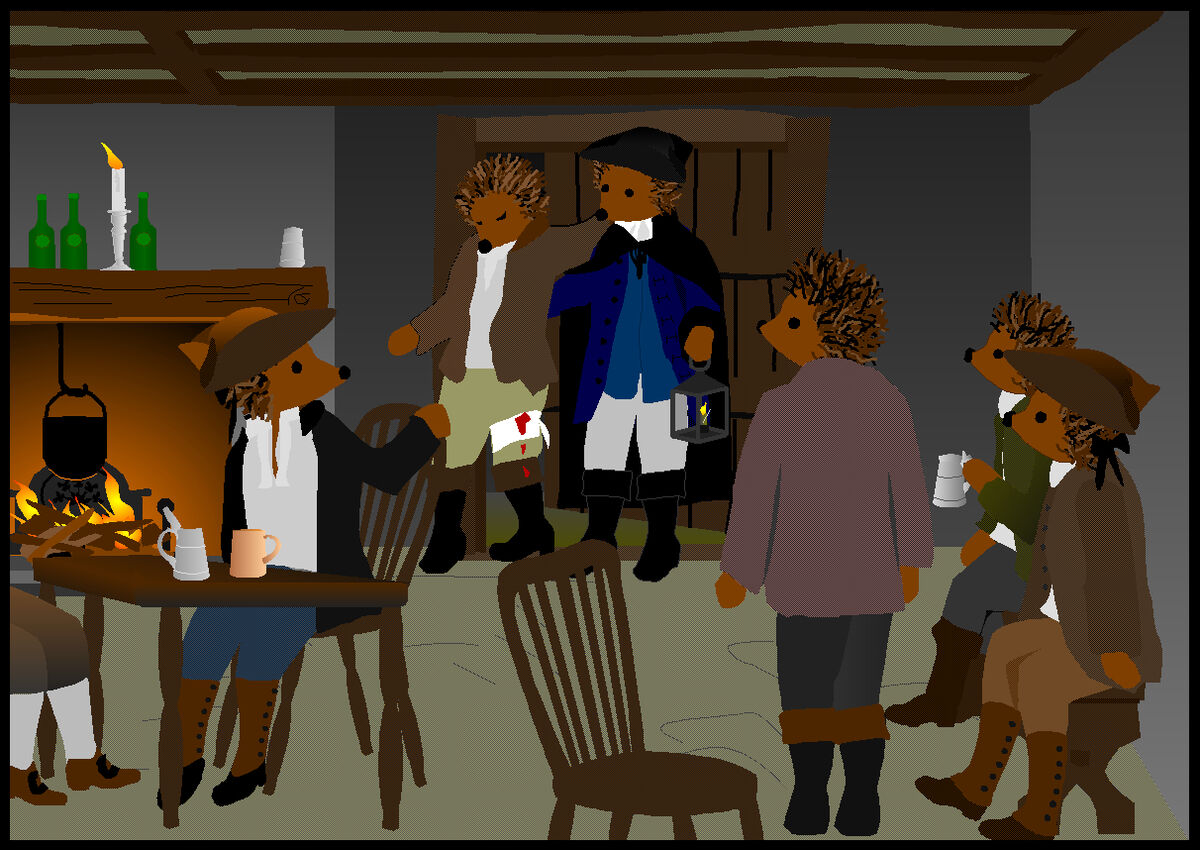 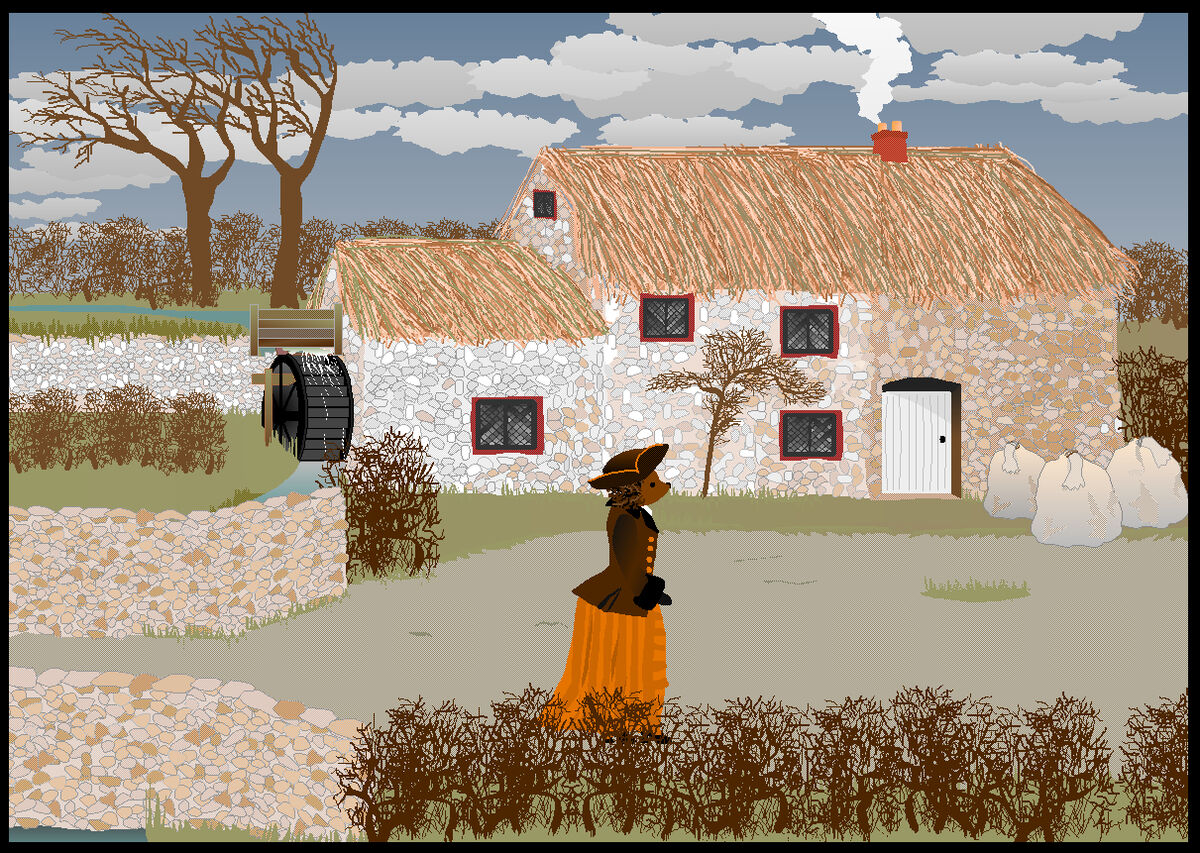 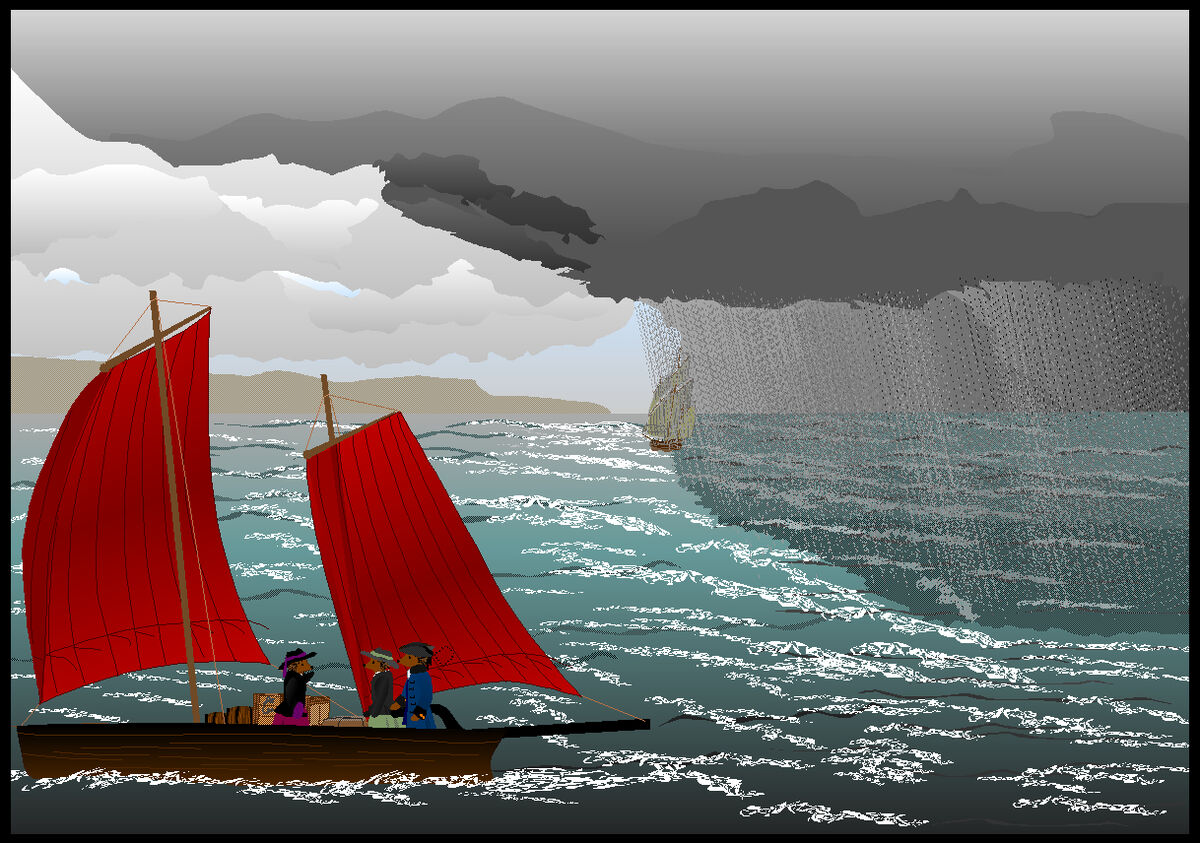 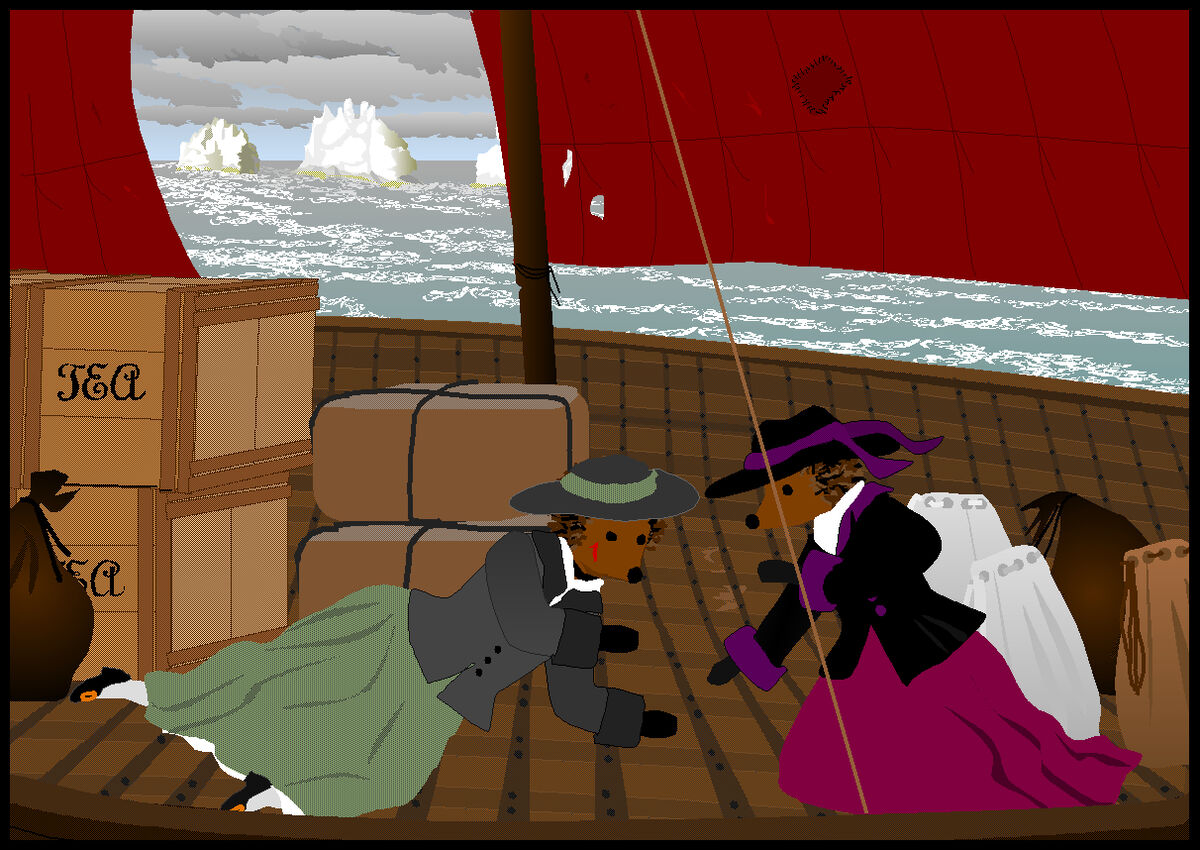 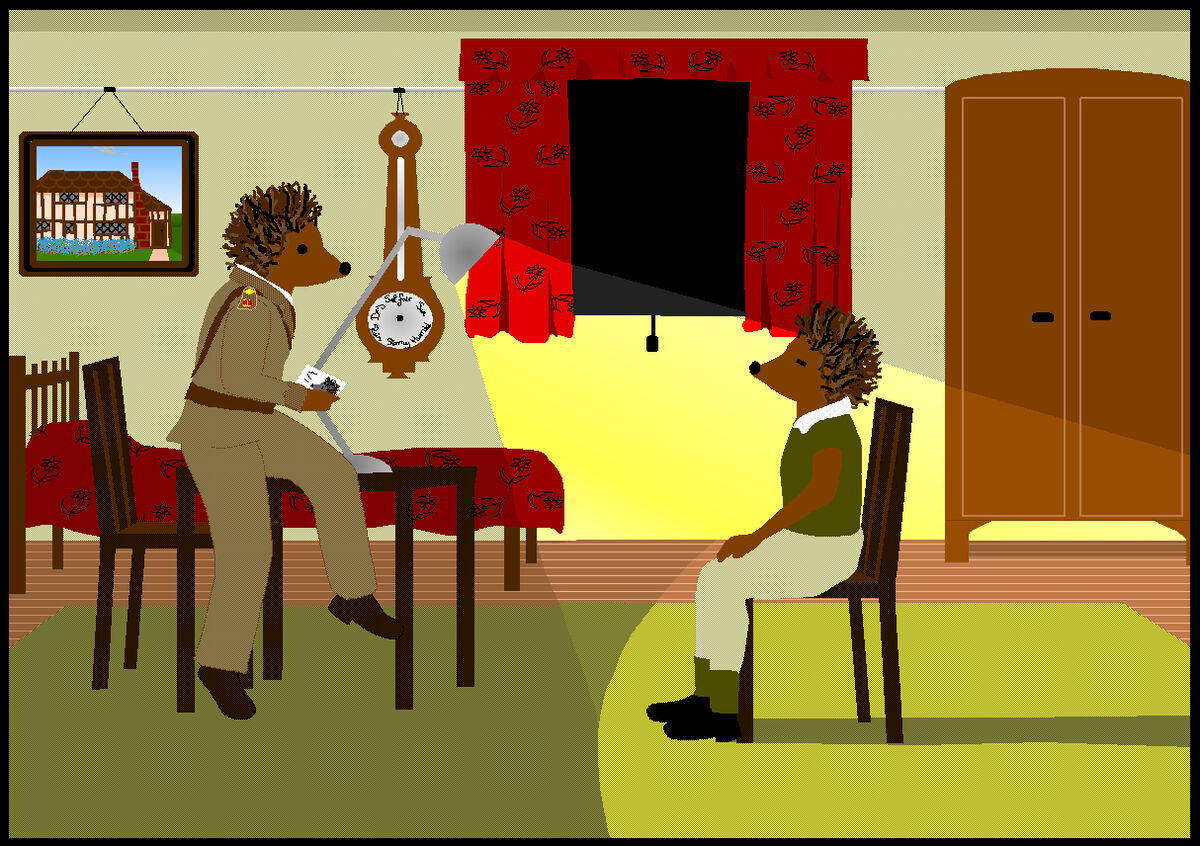 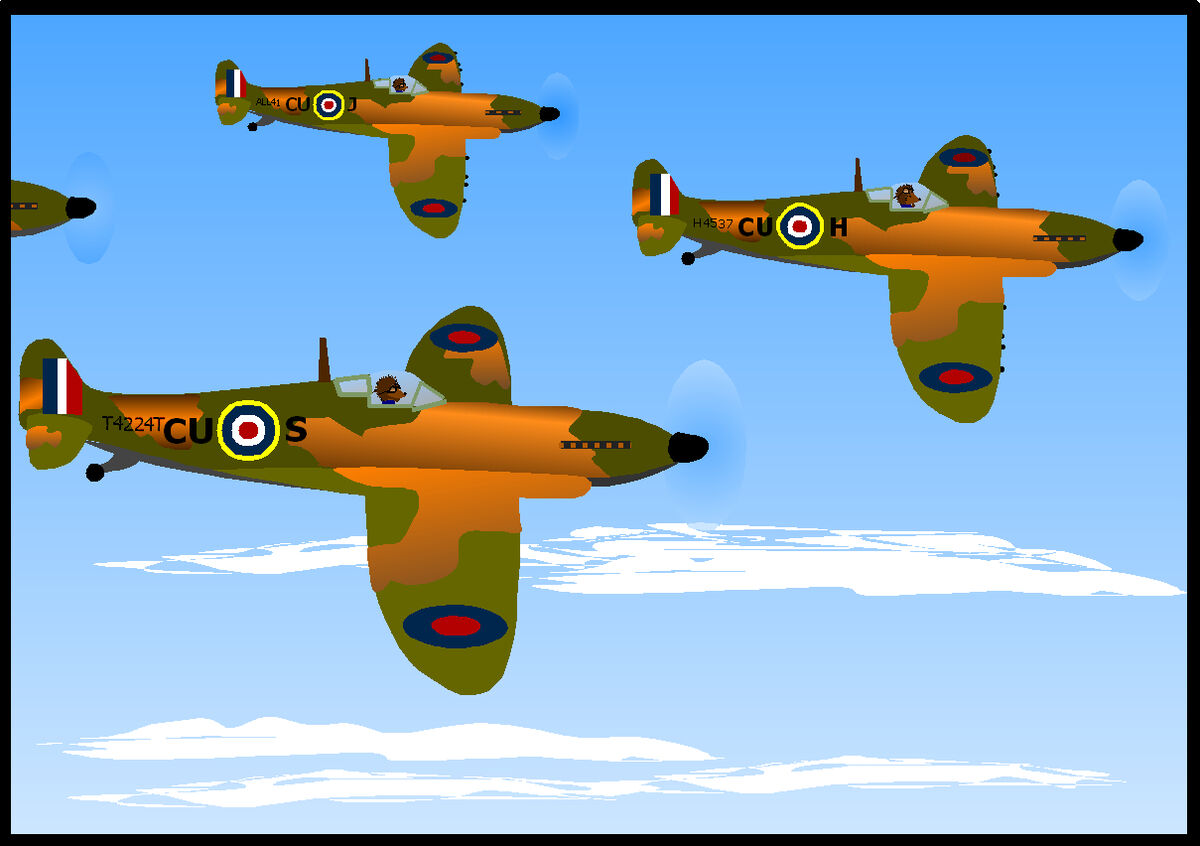 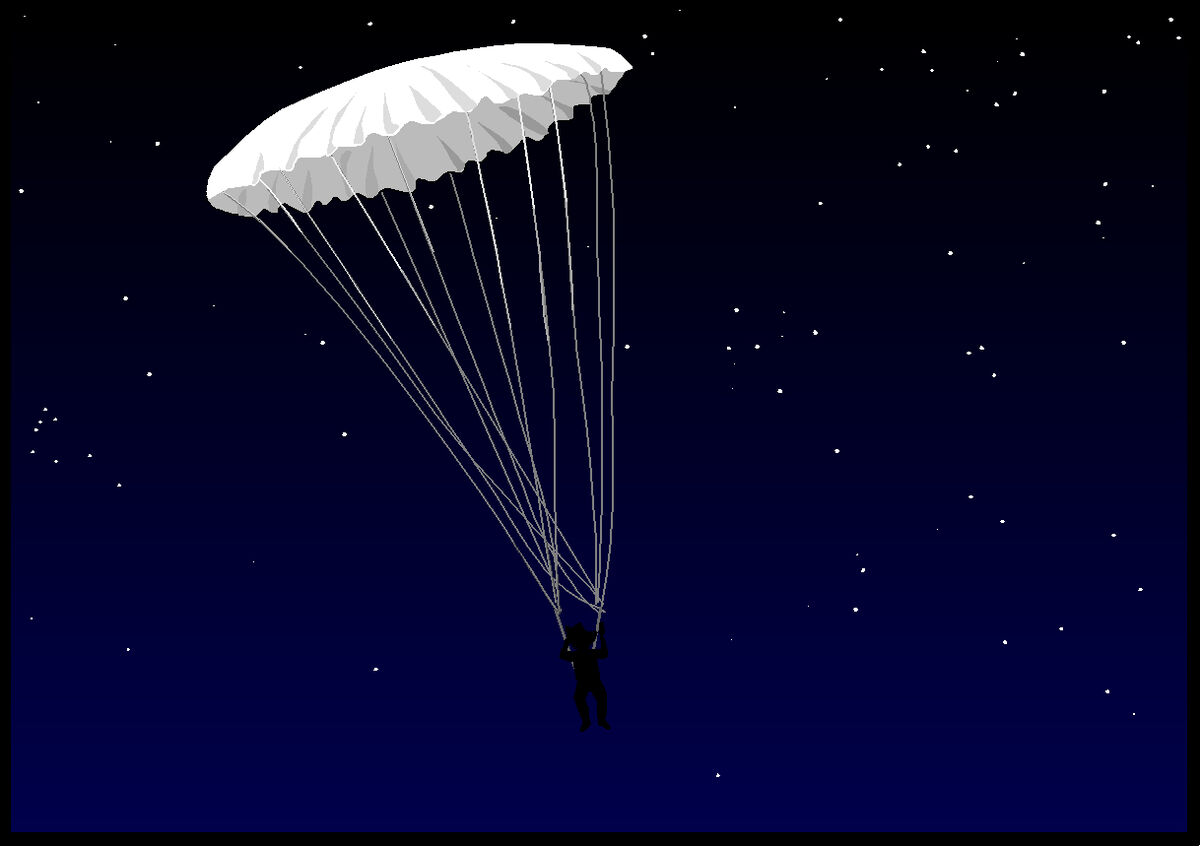 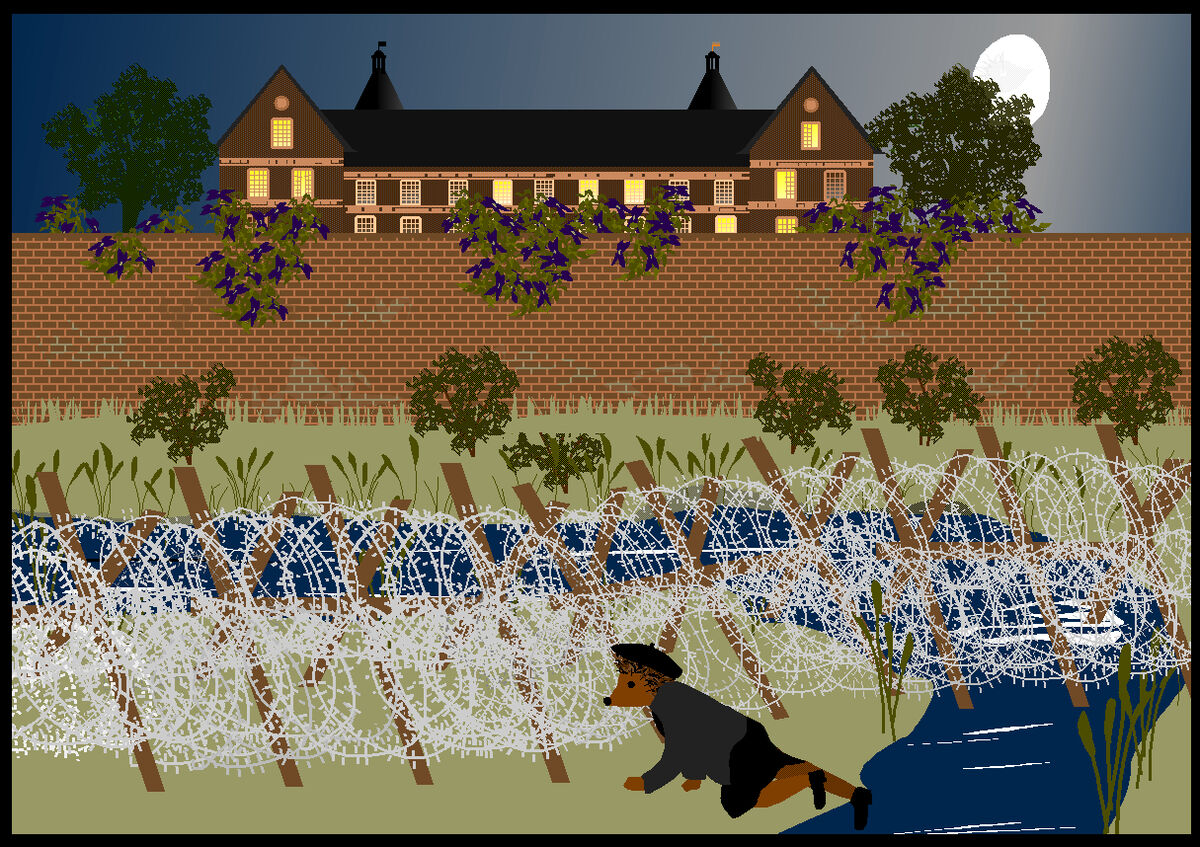 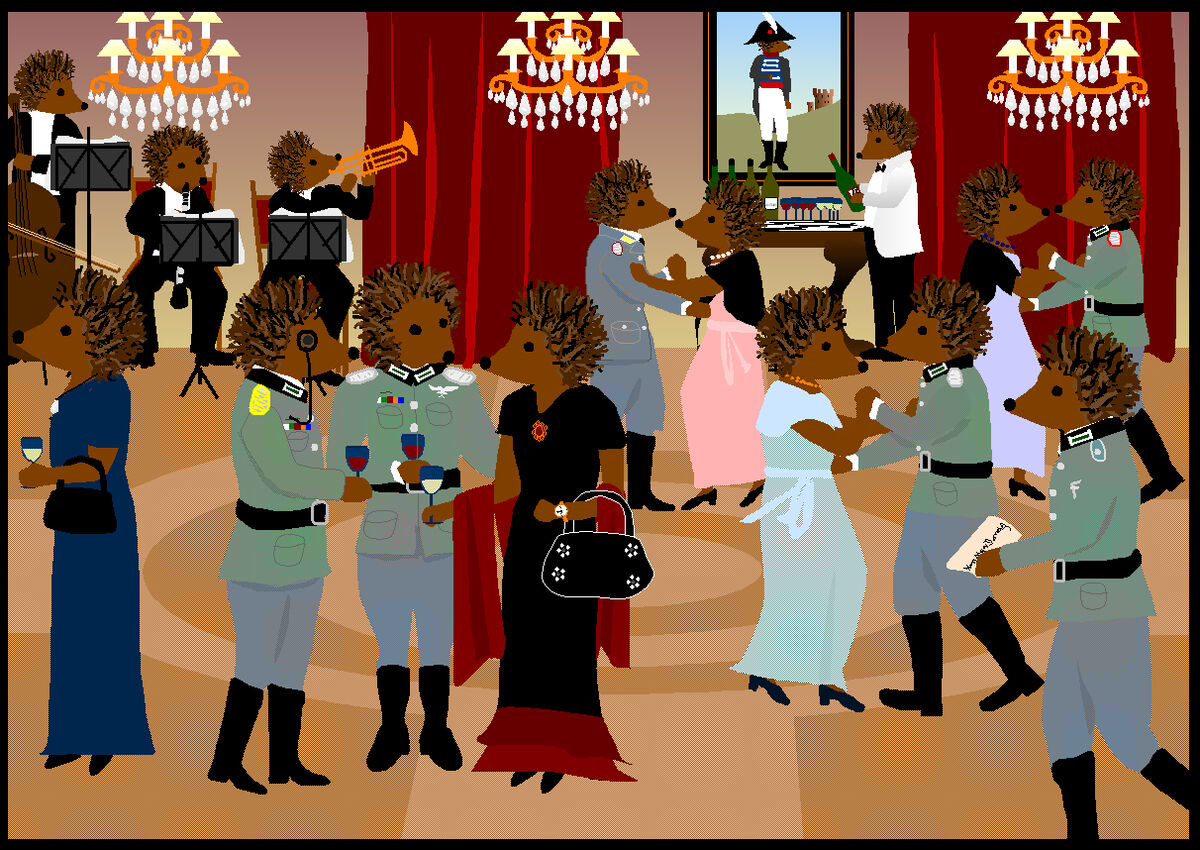