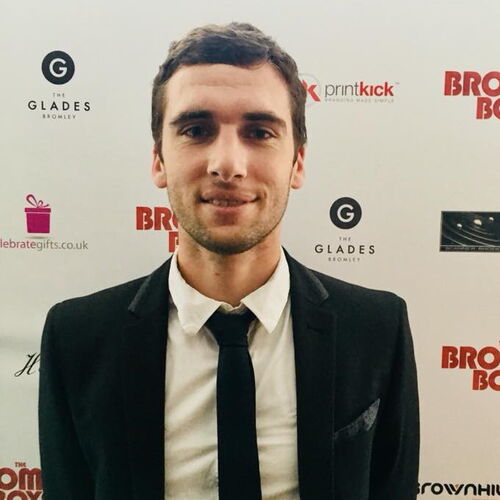 I use my experiences as a professional footballer and writer to teach the power of resilience and inspire reluctant readers.

More recently, I've worked with some of the world's biggest YouTubers to tell their stories.

Because of this, I've got extensive experience of talking to audiences of between five and 300 in primary and secondary schools, universities, and businesses.

I've also appeared multiple times on live television and national radio to discuss my books, most notably on the BBC and TalkSport.

I'm most comfortable either giving talks on resilience, careers in sports or my own experiences as a footballer and writer. I also run workshops on ghostwriting (giving pupils tips before asking them to ghostwrite each others' autobiographies), creative writing and persuasive writing, which is a key part of my role as an ambassador for Loughborough University's school outreach programme.

However, I'm always willing to step out of my comfort zone and try something new - both in terms of writing and speaking.

Described by The Daily Mirror as 'a captivating tale', The Boy in Brazil has been used as a set text to teach English and humanities in several schools, with one even giving an exam on it for their year 8 class. The topic also naturally lends itself to sport and has seen me lead PE lessons. Football's Coming Out has also been used by schools to discuss homophobia in football, as well as helping to spark an advertising campaign for a leading sports brand.

I am currently based in Stamford but am willing to travel anywhere in the UK and abroad. My usual fee is in line with the Society of Author's recommendations.

'Seth has been kind enough to visit my school twice. On both occasions he has captured pupils' imagination and interest. He speaks brilliantly and is able to engage youngsters. They wanted to know more and ask questions. It was fabulous from the perspective of teaching them about Brazil. However, Seth went further in inspiring the pupils to think out of the box and have ambitions - both from the football angle and also in writing a book. I would have Seth in again without any hesitation.' Nene Park Academy, Peterborough

'Seth has always remained punctual and professional - preparing any work to deadline - but, most importantly, he is a really personable character with an inspiring story that manages to truly capture students' imaginations.' Loughborough University

Brilliant day, and the students who took part really enjoyed themselves.

Seth joined us for two days at three campuses. Over the course of both days, Seth led an online assembly, delivered several writing workshops, and judged a competition we had been running as part of our World Book Day celebrations. Seth was professional and flexible, and his delivery was pitched perfectly to meet the needs of our pupils. Pupils engaged well with him and enjoyed asking a variety of questions. We would highly recommend Seth to other schools.

Seth Burkett grew up in Stamford, Lincolnshire. Upon leaving school he moved to Brazil to play professional football. His first book, The Boy in Brazil, documents a remarkable season in Sorriso and was shortlisted for the 2015 British Sport Book Awards. He has gone on to publish ten books, with several more in the pipeline. Recently he has collaborated with YouTubers Woody and Kleiny and footballer Sonny Pike to ghostwrite their memoirs, and also released Tekkers: a fictional football series aimed at ages 10-14. Seth visits tens of schools every year and continues to play football. Most recently he spent a season playing professionally in Sri Lanka.
978-0957507692 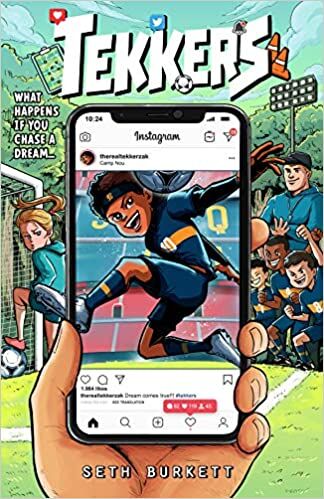 When Zak isn't scoring goals for his local football team, Redwood Rangers, he is endlessly working on his freestyle videos with his dad. And when one of those videos goes viral, his whole life changes. As the views come rolling in, everyone wants a piece of him. Barcelona want him to shoot an advert with Messi. Major sports brands want to endorse him. Suddenly his face is on every sports channel. But as his celebrity status grows, Zak begins to realise that online fame isn't all it's cracked up to be. Tekkers is an amusing and entertaining story about the power of social media with the core message that followers are great, but friends are even better. This is the first book in a planned trilogy of books following Zak on his football and YouTube journey. 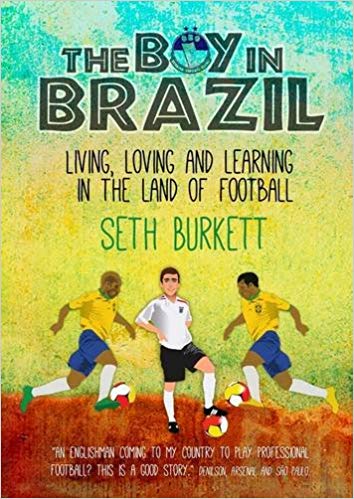 The Boy in Brazil

When Seth Burkett travelled to Brazil for a youth tournament with his local team Stamford, he was stunned by what happened next. Spotted by a scout, he accepted an offer to join Sorriso Esporte Clube in the central state of Mato Grosso and became a media celebrity as well as the only English professional in the football-crazy country. 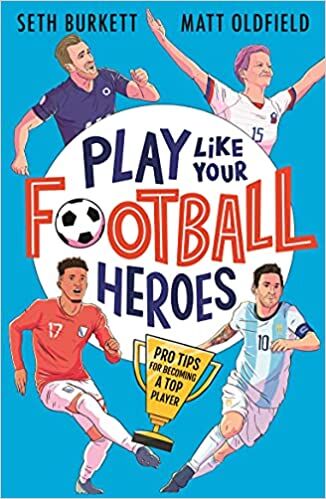 From Matt Oldfield, the author of Ultimate Football Heroes, and former professional footballer, Seth Burkett, comes an exciting new book for young football stars in the making. In bite-size chapters, learn the secrets of 20 footballing legends, including how to dribble like Messi, overcome adversity like Harry Kane and set and score goals like Vivianne Miedema. With top tips on how to train, play, think and live smart, as well as challenges for the reader, this inspiring and interactive guide will inspire football-mad kids to play just like their heroes. 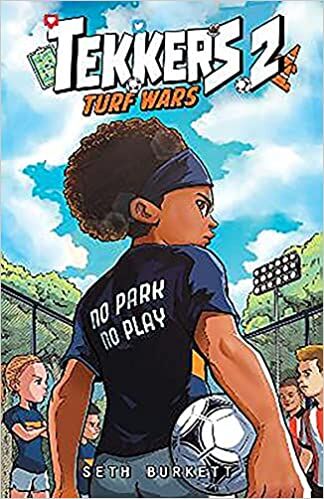 Redwood Rovers FC are in trouble. The council wants to sell the club's pitches to a property developer. With no money to spare, Redwood's very future is threatened. Until Zak hears about the YouTube Allstars Cup. It's a football tournament for teams of social media influencers. Best of all, there's a cash prize of £500,000. Can Zak lead his team to victory and save Redwood Rovers? Tekkers 2: Turf Wars, shows how one simple hashtag can go much further than a single social media post, engaging an entire generation into inspiring change for good. 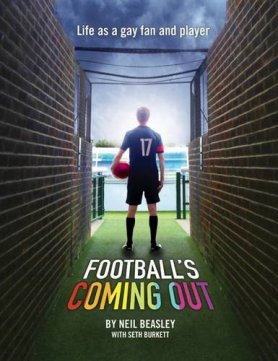 BEING gay in football - as fan or player - is to risk the homophobia that has run through the game for years. Neil Beasley tells honestly of the pains of growing up gay in the sport and fighting for his right to enjoy the game he loves without prejudice. 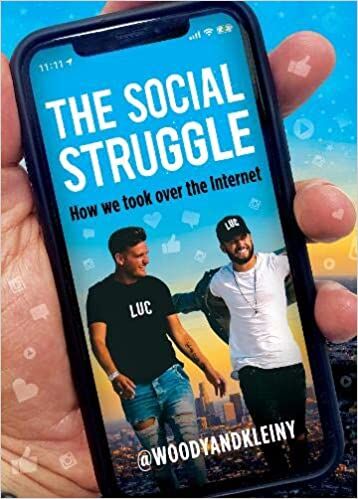 The Social Struggle: How we Took Over the Internet

With more than 10 million followers across their social media channels, @WoodyandKleiny have established themselves as two of the world's foremost internet content creators. But how did they do it? The Social Struggle: How We Took Over The Internet shares their story of initial failure that through determination became success. From overcoming broken homes and broken dreams, filming blurry videos for no more than 100 views, working every hour of the day for four years to make a handful of loose change, @WoodyandKleiny's tale is sure to inspire readers around the world. 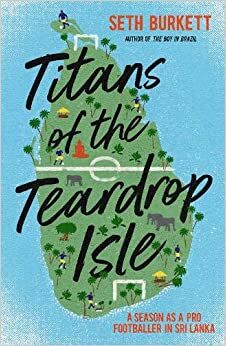 Titans of the Teardrop Isle

When Seth Burkett answers a tweet calling for overseas players to join a professional Sri Lankan football team in a new tournament, he has no idea what awaits him. The team is Trinco Titans, owned by Sri Lankan cricketing legends Mahela Jayawardene and Kumar Sangakkara, and he will be spending the summer playing in the North Eastern Premier League. Unfortunately, he is in the dark about the quality of football, the standard of pitches, the delicate local political tensions, even the dates of the fixtures... Before long, he is fully immersed in the Titans family, experiencing everything the country has to offer him: new friendships, picture-postcard beaches, a relaxed approach to organisation and time-keeping, thousands of new Facebook followers, and a crash course in the Teardrop Isle's recent troubled history. There will be results to forget but it will be a summer to remember. 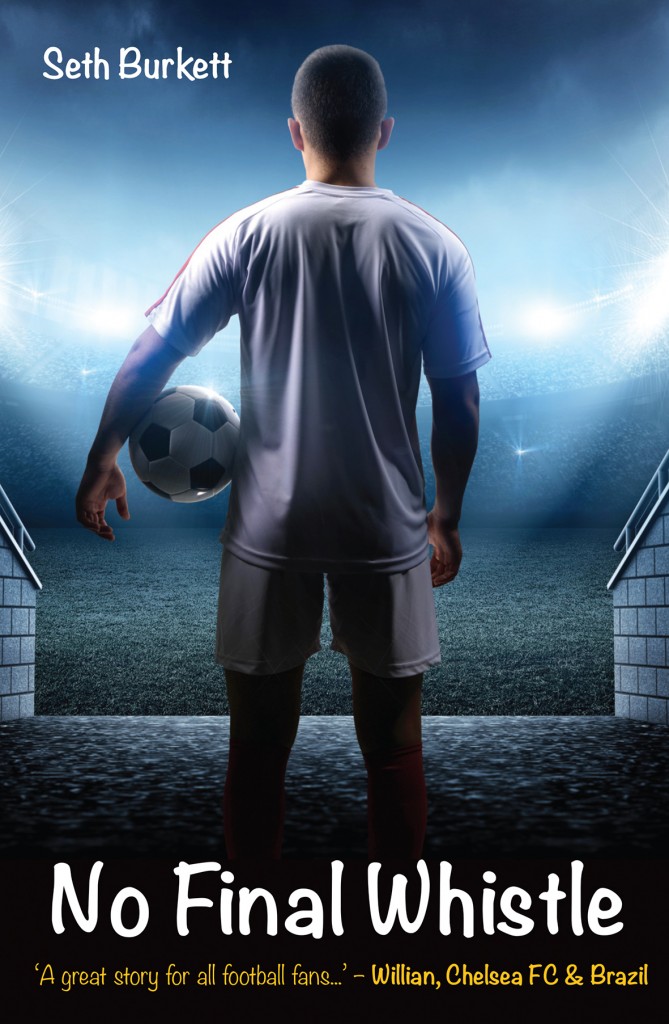 Alfie Bennett is going to be a superstar. He is absolutely sure of it. Every second of his life is dedicated to football. And when he gets signed up by the famous Borough Academy, it looks as if he's well and truly on the way to achieving his dream. Yet life at Borough isn't all that it seems... 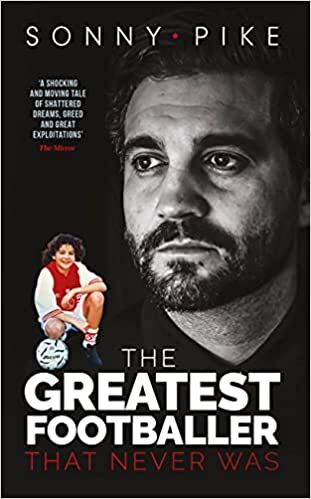 The Greatest Footballer that Never Was

n the 1990s, Sonny Pike had it all. A glittering future in the professional game beckoned. Dutch Total Football giants Ajax swooped and flash soccer agent Eric Hall signed him up. Coca-Cola, McDonald's and Paul Smith queued up to sponsor him. He appeared on TV shows like Fantasy Football and Blue Peter, featured in Hello Magazine and even had his own rap song. Billed as English football s next Diego Maradona, everyone loved the baby-faced young superstar. And then, through no fault of his own, it was all taken from him. Controversially banned from football, the spotlight faded. Agents turned their backs. Sponsors withdrew their deals. TV and the media moved on. Even his dad disappeared off the scene. Lost and desperate, Sonny searched for an answer, dabbling in crime, landing in court and even behind bars. The promise of fame and fortune had turned to nothing and there seemed no way back . . . Sonny Pike's book is a remarkable tale of exploitation and reckless ambition, exposing the worst side of our game in an era when it was evolving in to the multi-million pound industry we know today. Sonny's story is captivating, at times harrowing, but ultimately inspirational. 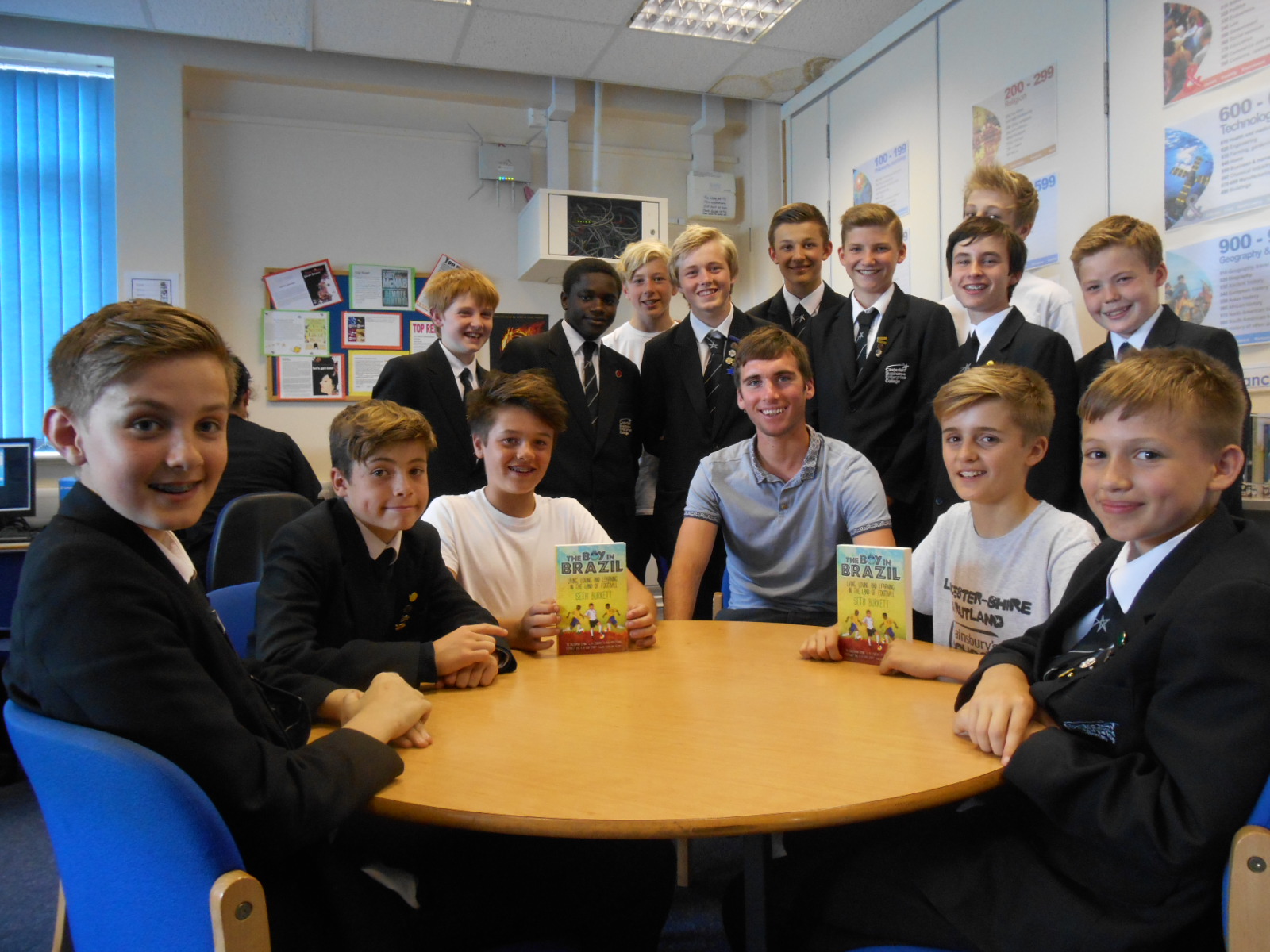