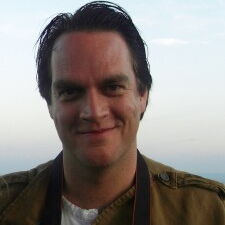 Andy's new series, THE INVENTORY: IRON FIST and THE INVENTORY: GRAVITY, are out now! DRONE RACER is his new MG action adventure book, out September 2018!

Andy is a British writer who has wored extensively in Hollywood, on films, such as Judge Dredd, Freddy vs Jason and a superhero film “Forverman” for producer Robert Evans (The Godfather) and Stan Lee (creator Spiderman, X-men and dozens of other comic books favourites) - as well as numerous projects, including Aquaman (a DC comics superhero), several TV movies and I've started producing films to...

His first books, HERO.COM and VILLAIN.NET (comprise of four titles each) are published by Oxford University Press and he has recently rebooted TARZAN: THE GREYSTOKE LEGACY for a whole new generation of readers. This was followed with: TARZAN: THE JUNGLE WARRIOR and TARZAN: THE SAVAGE LANDS.
In 2016, SPYQUEST: POLYBIUS was released. This is a unique book that ties in with a computer game availible in hotels around the world. It uses Augmented Reality to enhance the story experience.
Andy's first non-fiction book was published by Loney Planet in 2015: HOW TO BE AN INTERNATIONAL SPY.
If you're into graphic novels, then he has written three: Ritual (a horror story), Kong: King of Skull Island and Dinocorps (an all-ages action adventure)
What Andy does:
Andy has have a wild, interactive, and very loud, INVENTORY presentation which  shows the children how he became a writer (with some great photos from the film work I do in Hollywood), and how they can do it too (encouraging them to write with the attitude of: "If I can do it, you can").  Then he tells them about the books themselves, followed by a loud interactive quiz in which they all take part - we warn you, the children usually get very enthusiastic and rowdy!).  Lastly, a Q&A and, hopefully, a signing (with a local bookseller of your choice!).
This works brilliantly with large groups (such as year groups) and lasts for an hour. If you offer him coffee and biscuits, he can do several shows per day.
What people have said:
"He came into English to give year 8 students an exciting, funny, interactive talk, which everyone clearly enjoyed. I believe it was the most entertaining and interesting talk we have had in English. He convinced us that there is much more to a writer than meets the eye... He also interested us with the excitement and adventure behind it all; riding through jungles on the back of an elephant, smelling gorillas! I think everyone was inspired and will look at writing from a completely new angle."
Comberton Village College

"Children were awestruck by the whole experience and will have lots to share with the rest of the school when we do our Book Awards assembly."

"…the children were very excited in the minibus going back to school. They all said they've great ideas about writing stories. So I have given them a challenge to write their stories over half term, they all agreed!!"

"You were fantastic and incredibly inspirational, so much so that when I recounted some of the things you said to my two sons (11 and 9) they wanted me to immediately go and buy your book!"

"You held your audience captive, hanging on your every word, which is a highly commendable achievement with such a large audience of boys!"
Trudy Olding, Cardinal Vaughan Memorial School
"Your presentation engaged and inspired the kids."
Waterstones Bolton 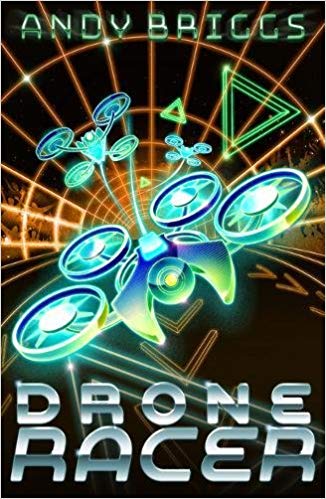 An action-packed novel that brings drone racing to life! Carson and his friends love racing drones, and they can't believe their luck when they stumble across a discarded one at a junkyard. But this new find is full of surprises. When they power the drone up, it starts talking! And it's fast. Really fast. They could win big prizes in the racing leagues. Trouble is, someone wants their incredible drone back, and they'll stop at nothing to get it. How can three kids protect their new friend?

Hidden under a small suburban town, the Inventory is a collection of the most incredible technology the world has NEVER seen: invisible camouflage, HoverBoots, indestructible metals, and the deadly war robot Iron Fist. Dev's uncle, Charlie Parker, is

How to be an International Spy

There's no going back, Agent. Once you enter this book, your training will begin as you join the secret world of spies. You'll rise through the ranks from recruit to secret agent, learning a host of skills to put into covert operation immediately. Ge

What lies in the depths of the jungle? Escaping a dark secret, Robbie Canler joins an illegal logging team in the Congo jungle. Now they''re under siege from a sinister force. When the daughter of the camp's boss, Jane Porter, goes missing they assum

When a baby gorilla is snatched from its family by the world's most infamous hunter, Tarzan will stop at nothing to track him down - crossing the wild jungle and hostile African savannah to bring him to justice. Meanwhile, Jane is trying to learn mor

Much of the Inventory's technology has fallen into the wrong hands - including Newton's Arrow, a powerful weapon that can manipulate gravity. It's up to Dev and his friends to get it back, and they follow the weapon's trail around the world. Along the way they learn disturbing details about Dev's origins.

A TREACHEROUS LORD Lord Greystoke has arrived at the logger's camp in the Congo, and will stop at nothing to find and eliminate his long-lost cousin, Tarzan. A CRAZED QUEEN Robbie and Jane set out through the jungle to warn Tarzan, and find themse
Amazon

Hero.com 1: Rise of the Heroes

Surfing the net during a lightning storm has amazing consequences for a group of teenage friends. Superhero powers are theirs at the click of a mouse! Trouble is, they don't know what the powers will be until they try them out . . .
Amazon
978-1407162065

The World Consortium is recruiting more agents to defend the most advanced technology the world isn't ready for, and it's up to Dev, Lottie and Mase to train them up for action. But will they be ready before Shadow Helix's next strike? And has Dev uncovered all the secrets of his past, or is there more to know about his special abilities?

Archfiends Basilisk and the Worm have dreamt up a plan so cunning it will strike fear into the heart of the bravest superhero. Combining their dastardly skills, they will infect HERO.COM with a virus potent enough to cripple it and ultimately to dest
Amazon
978-1407162058

Dev is called back into action to defend the world's greatest store of futuristic tech, and he'll need all the help he can get from his friends. Someone has stolen Winter Storm, a swarm of powerful biobots, and is using them to infect and control people! Who can be trusted now?

The Hero Foundation is a shadow of its former self and Lord Eon - the most terrible supervillain ever - is still at large. Worse, he has hatched a plan to tear apart time. Toby and his superhero friends should be able to stop him . . .
Amazon

School bully Jake Hunter receives a mysterious email inviting him to join a scheme for world domination. With unlimited power and wealth at his fingertips, how can he resist? But to get it he has to become an arch-criminal, entangled in a plan that t
Amazon

Jake Hunter, has taken his seat on the Council of Evil. Now he will live his dream - exact revenge on the cruel world. But the cruel world has other plans, and they come in the shape of the Hero Foundation...
Amazon

A series of ritualistic murders in the small town of Black Root all have one thing in common: theyre reminiscent of ancient witch trials. The FBI are on the case and soon realize that a supernatural killer is on the prowl - condemning his victims to diabolical ordeals.
Amazon

In 1933, American showman Carl Denham returned from a mysterious, hidden island with a priceless treasure. A treasure not gold or jewels, but the island's barbaric god, a monstrous anthropoid called "Kong."
Amazon

Entombed for millennia, a team of combat dinosaurs is accidentally reanimated by 14-year-old Carl Heyward. While trying to keep them a secret, Carl discovers the evil Saurons have survived too.
Amazon